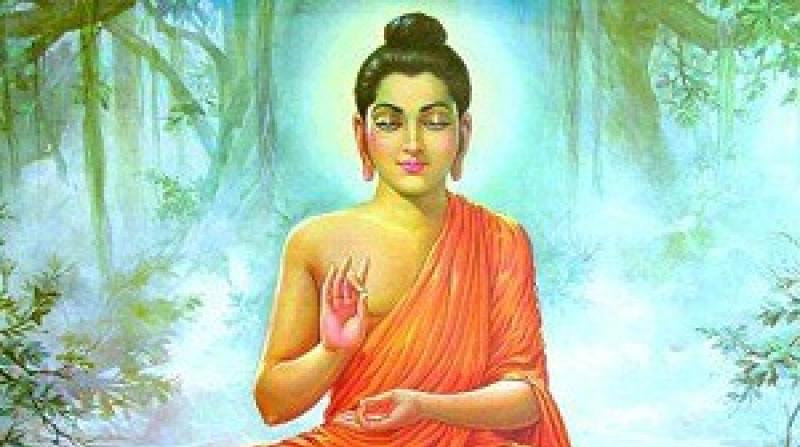 Gautama Buddha was one of the most beautiful beings to have walked on this earth and on the soil of India. Something that is tremendously unique and rare about this enlightened master is that he was born, attained enlightenment and left his body on a full moon night. This full moon night in the month of Vaishakh is celebrated as Buddha Purnima.

The moon, Osho says, the moon has a great influence on the earth, particularly moonlit nights, have been found to be very supportive to meditation. More people commit suicide on the full moon than at any other time and more people have become enlightened on the full moon than at any other time. On a full moon there are great tides on the sea. Just as tides arise in the ocean, something arises in the human being because the human body there is eighty percent water, ocean water with the same chemicals. If he is on the right track perhaps he may become enlightened.

With Gautama Buddha, something in the full moon seemed to be synchronizing with his energy.

The consciousness of this country reached the highest point in the presence of Gautama Buddha. But the moment Buddha was gone, the tremendous experience disappeared and evaporated. Buddha was not understood by this country.  His message was so deep, so inward, so existential that the Indian heritage of thousands of years of learning, scholarship, philosophy, theology, religion, all became a barrier. Buddhism has been destroyed because Buddha's message was not intellectual. But Buddhism reached China, Tibet, Korea, Taiwan, Japan, all over Asia.

Osho shares, “It is a strange and sad story that India gave birth to one of the greatest men of the world, but the mediocre masses of India could not understand him. The distance was too much. The distance was between the mind and no-mind:  Gautam Buddha is a quantum leap. He does not teach you any theology, he simply wants you to be, neither doing, nor non-doing, but just being. He has no God to preach to you, no rituals to be followed; he is the first man in the world to make freedom of being the ultimate right of every living creature.”

When Gautama Buddha became enlightened, he became himself the tree of knowledge but remained silent for seven days because he could not see any possibility to communicate what had happened to him. He wanted to speak, because it might help somebody somewhere, but he could not see the possibility that he would be able to reach anyone. A Buddha speaks from a peak that could easily be misunderstood by people who have not experienced that peak of light. Still he spoke and went on speaking for forty two years. He spoke in simple language, Pali. Osho says, “He brought truth to such simplicity, to such felicity, to such grace. He spoke the way an enlightened person speaks - he spoke through his being. He was not a scholar, and he was not worried about speculation. He had no abstract ideas; he was very down-to-earth. Buddha transformed the very quality of religion. It was theology before him; after him it became anthropology. God was dethroned, man was enthroned”.

Buddhas only point the way - you have to walk. Buddha's last words to his disciples were: Be a light unto yourself. Go beyond the body, the mind, the heart. Find the center of your being and there is light burning bright. It is your very being; you just have to discover it.

Discovering it one discovers truth, peace, bliss and finally nirvana.

18 Mar 2016 - 9:03pm | Gwshad Basumatary
The bust of the ‘Father of Bodos’, Bodofa Upendra Nath Brahma was unveiled at the premises of Kokrajhar Science College by the General Secretary of ABSU, Lawrence Islary on Friday. Speaking on the...

14 Jan 2015 - 8:12pm | editor
Supreme Court on Wednesday talked of two options before the government to end the decade old Assam-Nagaland border row. Taking up a petition in the apex court, a division bench headed by Justice TS...

11 Dec 2014 - 7:03am | AT News
An Asom Sahitya Sabha delegation is camping in New Delhi to invite president Pranab Mukherjee to the Kaliabor session in January next year.Eminent litterateur Dr Dhrubajyoti Bora will formally...