Emancipate yourself from mental slavery 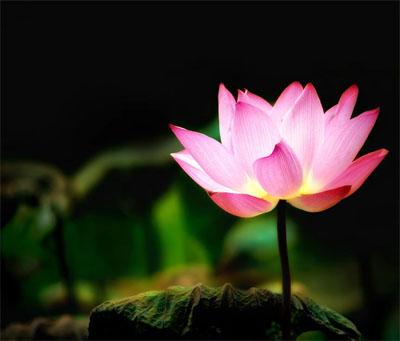 When Bob Marley composed his very famous redemption song in 1980, he inspired millions with the lyrics -"Emancipate yourselves from mental slavery, none but ourselves can free our minds". Probably at that time he had no idea how relevant  these words will be today, after 36 years. Outer slavery is not as complex as mental slavery because mental slavery is something that happens in an individual’s mind, invisible to others in the outside world.

Mental slavery is not somebody else's responsibility. It is just that we donot want to be responsible for our own acts and most importantly we are afraid of being free.  This fear is worse than anything that can happen to anybody.

Osho brings out the meaning of responsibility as “whatever you do, it is your response. If I ask you, "Does God exist?" and you say, "Yes, because it is written in THE BIBLE," your answer is not a responsible answer. It is out of your Christian slavery. But if you say, "I don't know. I have never come across God yet," this is your response. You are not repeating some catechism - Hindu, Mohammedan, Buddhist, Christian or Jewish. You are facing the question directly and responding to it. Responding on your own is the meaning of responsibility.”

Seeds of slavery are hidden in the desire to be a possessor, a master, because ownership is dependent on someone else. When the ownership - possession, depends upon someone else, then how can we be the owner of our possession. For example, if somebody is the possessor of ten slaves, his ownership depends only on having these ten slaves. If he loses these ten slaves, he loses his ownership also. The key of that possession is not with him, it is with the ten slaves. The desire to be a possessor makes one a slave. He alone is the master in this world who does not wish to be the master of anyone. Even things, inanimate objects, become our masters. They begin to rule us. The possessor becomes the possessed.

Osho shares a beautiful story of a sanyasi and a King: A sanyasi came to a palace one night. His teacher had sent him there to learn knowledge from the King's court. Before he left for the king's court, the sanyasi asked his teacher how he could get knowledge from the palace of a king when he could not learn it from an Ashram - from the world of penance. The guru, told him not to argue but to obey, and to ask the king there. When he reached the palace, he saw the courtiers drinking wine and the courtesans dancing. He said to himself, ‘I have been made a fool. The guru has played a big practical joke upon me. Perhaps he thinks of being free from me. But it is not proper now to return.' The king received the sanyasi with great feeling and pressed him to stay in the palace that night. The sanyasi replied that it was then meaningless to stop. The king said, 'You can return tomorrow after your bath and food.' The sanyasi stopped there, but he did not get sleep throughout the night. He thought, 'This is madness indeed. How can one get knowledge from a palace where wine is freely used, where courtesans are dancing, where wealth is displayed everywhere, where there is enjoyment and merriment? When he got up in the morning, the king invited him to take a dip in the river behind the palace. Both went to bathe. When they were bathing, they heard loud noises. The palace was on fire. The flames were going high up in the sky. The king asked the sanyasi, 'Do you see this'? The sanyasi came out immediately and shouted, What is there to see? My clothes are there on the bank, they may catch fire. Let me run.' But when he was running towards the bank, it struck him that the palace of the king is on fire and yet he was still standing in the water, and I am running to save my loin cloth kept on the bank.'

He returned and fell on the feet of the king who was standing and laughing there. He asked, 'How is it that you are standing here even though your palace was on fire? I have not understood this. The king said, 'I could not have stood here if I had ever considered the palace as my palace. The palace is a palace, I am I. How can the palace be mine? When I was not born, the palace was there, it will be there even after I am dead. How can it be mine? You considered the loin cloth yours, so you ran after it.'

The question is not of things - whom they belong to. The question is of man's aptitude, his behaviour, his attitude, his way of thinking and his way of life. If he is attached to things, it doesn't make any difference whether the thing is a palace or a loin cloth. Man becomes a slave because of his own attitude and he can also be free by breaking it or changing it.

Call it the alchemy of inner transformation to change our inner beings. The moment we are changed, completely transformed, we will suddenly see that we are out of the imprisonment, no longer mental slaves. Meditation brings awareness and awareness brings freedom and freedom brings responsibility.

Freedom means so much responsibility that nobody needs interfere in our lives.

Meditation is not a conditioning; it is simply sitting silently, doing nothing, just enjoying the silence - the silence of the night, the silence of the early morning... and growing in sensitivity and responsibility. This growth and awareness out of the silence of meditation brings us love, beauty, and gives a special depth to our eyes; a special aura to our being, a strength to our individuality, and most importantly self-respect. 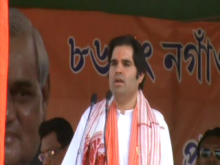 8 Apr 2011 - 8:25am | Pankaj Sharma
Star campaigners across party lines are flying into Assam as the run up to the second phase of the polls gets heated up. Varun Gandhi the Star campaigner of the BJP , today addressed a rally in...

30 Apr 2015 - 6:38pm | Nava Thakuria
Journalists’ Forum Assam (JFA) appreciates the initiatives taken by the apex court of the country for providing due benefits to the media employees belonged to all newspapers & news-agencies...

True Celebration Cannot Be According to the Calendar
Joy of Sharing
10 Great Ways to Connect with Nature
Jadav Payeng: The Forest Man of India
Osho- The Master of Meditation and Silence
Ram-Leela: Recreating Rama’s Milieu
Depression- from breakdown to breakthrough
University: to become one with the universe
Transformation – An Antidote to Terrorism
Invocation of the Devi of Shakti