University: to become one with the universe 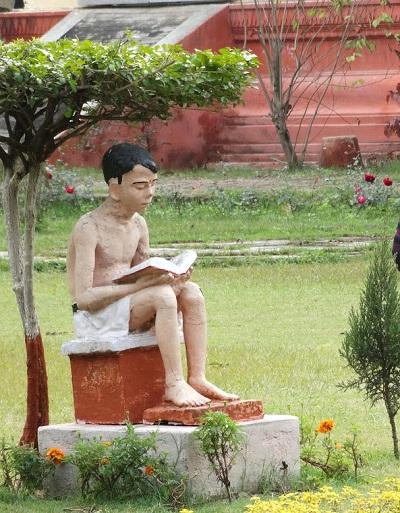 Man has been conditioned down the centuries for goals, purposes and meanings, a goal-oriented ideology. All ideologies are goal-oriented. Because of these ideologies one cannot allow oneself to relax in the moment. The goading for achieving something continuously runs in the back of the mind. The whole education system is a strategy of poisoning the individual’s consciousness; a strategy of driving one crazy after goals and creating ambition. Ambition is neurosis. But this has been done for so long that it has become part and parcel of the human mind.

Every university can become a place, not only to teach geography, history and other subjects; but to teach something very essential: meditation, love, the art of living, the art of being human.

Osho points out that universities should be completely free of all politics, all religions, but they should teach you the basic arts of being human - which has not been done up to now. That's why there are so many atrocities, so many inhuman acts against human beings.

Education is the process of liberation, but it has not been actualized anywhere in the world. All that we learn in this world serves as a means of getting the better of one another. It is a plan for conflicts in life. The universities have become a reflection of our aggression; armed with its weapons we can compete and exploit others more efficiently, can harass others more systematically and commit crimes lawfully. This may result in winning over others, but we will never be wise. Universities should remain centers of learning and wisdom.

To keep education pure, without politics because politics is poison; is the real challenge. Our present universities are just imitations of the West. Nalanda and Takshashila were different, they were Eastern universities. In Nalanda only Buddhist philosophy was taught but he training was not simply verbal, not scriptural, not just knowing about what Buddhist philosophy is. The training was in Buddhist yoga. The student would follow verbal instruction, and then, simultaneously, he would go deeper and deeper and deeper into meditation. Unless meditation and verbal training grow simultaneously, the whole growth process becomes futile.

Osho says, Universities should be teaching latest discoveries, the latest literature, poetry, the latest in everything. What they are doing is thirty years, forty years old. It takes time for people to become well known, but the universities should be sensitive enough: each year there are new novels, new music, new dances, that should become part of the curriculum. Universities have to remain always up to date, not lagging behind the world.

Our schools, our colleges, our universities, the whole culture, the whole pattern of civilization, teach our heads. We have lost contact with the inner guide. Everyone is born with that inner guide but it is not allowed to work, to function. It is almost paralyzed, but it can be revived.

Universities should make one innocent and virtuous, but on the contrary it is teaching cleverness and cunningness. The more clever one is, the better he will be in the struggle of life. One can gain much wealth, prestige, power, if he calculating but if innocent, he will be nowhere in this competitive world. This is the problem: in this competitive world he may not be anywhere, but in that non-competitive world of nirvana, if one is innocent, he will be somewhere. But here we forget that we are part of the universe and the misery is we have chosen this world to be our goal.

The universities should teach and prepare the students in a broader sense, give them certain qualities. Then will come the day when the country will have people who are well-educated, cultured, with the highest level of consciousness. If this is possible then we will have, for the first time, something that is really human - giving dignity to humanity, integrity to individuals.

Family members of victims of NIA cry for justice

29 Apr 2012 - 1:05pm | Anup Biswas
The Family members of victims of the National Investigation Agency case no.01/09 and no.02/09 have expressed serious concern over the delay in releasing the accused persons on bail who have been...

1 Apr 2009 - 8:42am | editor
Four person died, 15 others sustained injury as a bus was falling into a deep gorge in Kokrajhar on Wednesday. According to information, the incident took place at around 1 in the afternoon when the...

1 Jul 2011 - 3:43am | editor
The city based Down Town Hospital in association with Guwahati Press Club has organized a health check-up camp for scribes at press club premises on June 30 (Thursday). Nearly 150 scribes and their...

True Celebration Cannot Be According to the Calendar
Joy of Sharing
10 Great Ways to Connect with Nature
Jadav Payeng: The Forest Man of India
Osho- The Master of Meditation and Silence
Ram-Leela: Recreating Rama’s Milieu
Depression- from breakdown to breakthrough
Emancipate yourself from mental slavery
Transformation – An Antidote to Terrorism
Invocation of the Devi of Shakti