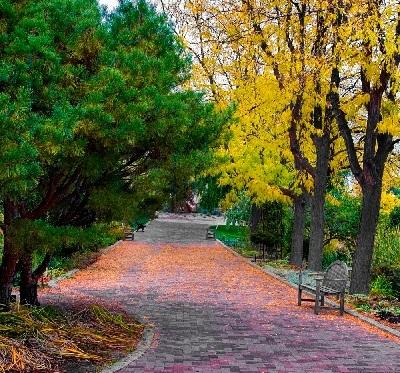 Marilyn Monroe, Robin Williams, Ernest Hemingway and back home in India, Nafisa Joseph, Viveka Babaji, Jiah Khan, more recently Pratyusha Banerjee, their way of choosing death reveals that their famous lifestyles are not as bright as the sparkling spotlights they walk through. More so, it is often a case of ignoring that darker side of life which, if consciously tackled, could become a breakthrough.

Today the world we live in is a complex phenomenon, intertwined with several dynamics such as relationships, ambition, competition, anger, jealousy etc. Often, we all go through varied moods, and many of us have experienced depression, anxiety and stress. But taking one’s own life is an extreme case of depression. The WHO estimated 350 million people of all ages suffering from depression globally and if the warning signs are ignored, it may result in loss of life.

The real art consists not in destroying the body because the body is beautiful and it has not done any wrong. The soul is beautiful, but between the body and the soul there is something which is neither body nor soul. This in-between phenomenon is the mind. People commit suicide not because they are really finished with life but because life is not fulfilling their demands. But no life ever fulfills anybody's demands. One will always go on missing something or other: if s/he has money, s/he may not be beautiful; if one is beautiful, s/he may not be intelligent; if one is intelligent, s/he  may not have money.

This mind gives us ambition, jealousy, competition, violence, and all kinds of ugly diseases. But this mind can be transcended, this mind can be put aside. This mind is not a must. One just have to know the knack of it.

Depression is nothing but repression. Depression means that somehow anger is within us in a negative state: depression is a negative state of anger. When anger is pressed too much it becomes sadness. Sadness is a negative way of being angry, the feminine way of being angry and if we remove the pressure on it, it will become anger. The anger we are carrying within us about certain things from childhood but have not expressed them, becomes depression. The problem is that depression cannot be solved, because it is not the real problem. The real problem is anger and we go on condemning depression. It is like fighting with shadows.

We have been taught and we have learned it well to look happy on the surface, go on smiling, but deep down holding great rage. We cannot express it so we are sitting upon it and that is what depression is. If we let this anger flow, depression will go.

Osho explains, “When depressed, be depressed. Simply be depressed. Don't get depressed about your depression. Don't fight it, don't create any diversion, don't force it to go. Just allow it to happen; it will go by itself. Life is a flux; nothing remains the same. You are not needed; the river moves by itself, you don't have to push it. If you are trying to push it, you are simply foolish. The river flows by itself. Allow it to flow. If you fight it, you will create a secondary depression that is dangerous. The first depression is beautiful, God-given. The second depression is your own. It is not God-given; it is mental. Then you will move in mental grooves. They are infinite.

If you get depressed, be happy that you are depressed and allow the depression to be. Then suddenly the depression will disappear and there will be a breakthrough. No clouds will be there and the sky will be clear. For a single moment, heaven opens for you. If you are not depressed about your depression you can contact, you can commune, you can enter this heavenly gate. And once you know it, you have learned one of the ultimate laws of life: that life uses the opposite as a teacher, as a back-ground.”

For people in relationships, Osho shares a beautiful mantra- “Make outer relationships and make inner relationships also. Of course there are bound to be outer relationships - you move in the world, business relationships will be there - but they should not be all. They have their part to play, but there must be something absolutely secret and private, something that you can call your own. That is what Marilyn Monroe lacked. She was a public woman - successful, yet completely a failure. While she was at the top of her success and fame, she committed suicide. Why she committed suicide has remained an enigma. She had everything to live for; you cannot conceive of more fame, more success, more charisma, more beauty, more health. Everything was there, nothing could be improved upon, and still something was lacking. The inside, the within, was empty. Then, suicide is the only way.

Unless you have something inside you which is not dependent on anything outside, which is just your own - a world, a space of your own where you can close your eyes and move, and you can forget that anything else exists. Life arises from that inner source and spreads into the sky outside. There has to be a balance.”

Depression is becoming common because the individual has not been allowed to express himself or herself. Osho has devised a revolutionary meditation technique for the modern man and it is called Dynamic Meditation. Done in the early morning, this meditation is expression. In expressing himself/herself, in catharting all that has been repressed in the unconscious, s/he will be unburdened, will become saner, healthier. Such methods and devices can transform the breakdown into a breakthrough.

25 Sep 2015 - 10:34pm | AT News
A mild intensity tremor rattled Assam creating no less panic across the state on Friday. The tremor struck at 10-22 at night forcing the panic stricken people in the high rise buildings to come down...

21 May 2020 - 12:35pm | Shajid Khan
UDALGURI: After assuming charges of the Bodoland Territorial Council (BTC) on April 27, Assam Governor Prof Jagdish Mukhi on Tuesday visited Kokrajhar the headquarters of the BTC where he held a...

True Celebration Cannot Be According to the Calendar
Joy of Sharing
10 Great Ways to Connect with Nature
Jadav Payeng: The Forest Man of India
Osho- The Master of Meditation and Silence
Ram-Leela: Recreating Rama’s Milieu
University: to become one with the universe
Emancipate yourself from mental slavery
Transformation – An Antidote to Terrorism
Invocation of the Devi of Shakti