Osho- The Master of Meditation and Silence 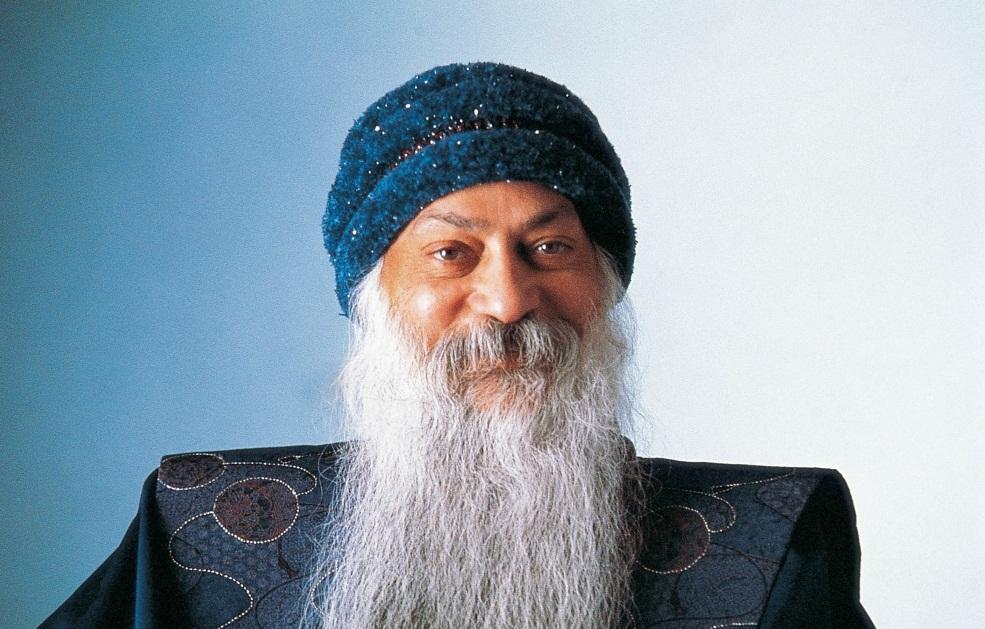 Modern man is like an uprooted tree. He has forgotten how to relate with existence, his surrounding and more importantly with himself. He has forgotten how to whisper with the clouds and the trees and the mountains. He has completely forgotten the language of silence. It is the silence that becomes a bridge between man and the universe. On this earth there are almost 3000 languages and existence knows no other language except the language of silence.

All communication has disappeared from the world. Everybody is living a lonely life and man has never been so lonely. Communication has failed because a thick, dense indifference surrounds everybody that even a shout cannot be heard because the mind is always there to interpret. Silence makes us aware of the waves of thoughts, sensations and emotions that arise within us. To attain to silence is the ultimate fruition of meditation.

Osho says- Unless you attain to meditation, you have not really lived.

Osho, the enlightened mystic of modern time is known as the master of meditation and master of silence. From this master of silence came the spontaneous outpourings of millions of words that inspired and transformed a large segment of humanity.

Osho was born in Kuchwada on December 11, 1931, a small village in the state of Madhya Pradesh, central India. Stories of His early years describe Him as independent and rebellious as a child, questioning all social, religious and philosophical beliefs. As a youth He experiments with meditation techniques. On March 21, 1953 Osho becomes enlightened at the age of twenty-one, while majoring in philosophy at D.N. Jain college in Jabalpur. In 1956 Osho receives His M.A. from the University of Sagar with First Class Honors in Philosophy. In 1958 He is appointed Professor of Philosophy at the University of Jabalpur, where He taught until 1966. A powerful and passionate debater, He also travels widely in India, speaking to large audiences and challenging orthodox religious leaders in public debates. After nine years of teaching, He leaves the university to devote Himself entirely to the raising of human consciousness. On a regular basis, He begins to address gatherings 20,000 to 50,000 in the open-air maidans of India’s major cities.

Osho has explained all major spiritual paths and masters and he has devised his unique meditations to guide individuals to realize it. That is why he is called ‘the master of masters’ – a very rare happening that comes after many, many centuries. Over a period of 35 years Osho gave spontaneous discourses on various spiritual paths such as Yoga, Upanishads, Gita, Jainism, Sufism, Tantra, Tao and Zen and on enlightened mystics of the east and the west like Ashtavakra, Buddha, Mahavira, Krishna, Kabir, Bulle Shah, Meera, Guru Nanak, Gorakh, Farid, Jesus, Heraclitus, Lao Tse, Pythagoras, Zarathustra and Zen masters.

Osho’s vision widens the horizons of our mind, provide answers to most questions about life and its mysteries, and add a new and positive outlook in today’s dizzying, stress-filled pace of life. Osho’s unique meditation techniques help one to release the suppressed emotions and bring back joy and peace. Thus one can experience Osho’s most famous saying: Live, Love, Laugh.

In 1970, He introduces His revolutionary meditation technique, Dynamic Meditation. Since then, this meditation technique has been used by psychotherapists, medical doctors, teachers and other professionals around the world. With Osho they experience new, original meditation techniques for contemporary man, synthesizing the wisdoms of the East with the science of the West.

Osho says- In Buddha's time, such dynamic methods were not needed. People were more simple, more authentic. They lived a more real life. Now people are living a very repressed life, very unreal life. When they don't want to smile, they smile. When they want to be angry, they show compassion. People are false, the whole life pattern is false. The whole culture is like a great falsity. People are just acting, not living. So, much hangover, many incomplete experiences go on being collected, piled up, inside their mind.
So just sitting directly in silence won't help. The moment you will sit silently, you will see all sorts of things moving inside you. You will feel it almost impossible to be silent. First throw those things out so you come to a natural state of rest. But, real meditation starts only when you are in rest.


All of Osho's active meditations involve a beginning stage of activity - sometimes intense and physical - followed by a period of silence. All are accompanied by music that has been specially composed to guide the meditator through the different stages. a lot of activity releases hidden and buried tensions and negative feelings like anger. Then they bring joy, usually by dancing with abandon; and they end with silence and calmness. All this results in providing one with new and fresh energy that enables one to face life playfully. Osho has also recommended different meditations for different times of the day.

Osho’s meditation techniques helps realize one’s total potential in all spheres of one’s life with inner growth. He also makes one fully responsible for all problems and blessings; and this leads to looking at one self as an outsider. As one moves inwards with meditation, one’s being begins to notice positive changes of anger into understanding, confusion into clarity, violence into love and so on.

The Osho approach to therapy is that it can never be the ultimate solution to human problems, but it can be used as a tool to help prepare the ground for meditation. Based on this understanding he has created a series of "meditative therapies" that give participants the opportunity to dissolve the tensions and repressions that keep them from being able to sit silently and observe the mind that creates problems in the first place.

Osho was like a powerful magnetic field who attracted people from all over the globe. After the initial contact, they rushed to Him, dropping all chains. After reading Him, watching Him live, and tasting His meditations, they begin to feel His presence, His compassion and His love.

Wisdom cannot be found in scriptures nor can we borrow it. Neither it is knowledge nor information. It is an experience. The only one way to attain wisdom is to enter into a live experience of life. The Guru gives the seeker not a teaching but a glimpse of the real, an awakening. The Guru creates, transforms and gives a new birth to the seeker. Through him one starts coming up like a seed trying to sprout towards the sky.

Bowing in gratitude at the lotus feet of Osho on His Birthday- 11 December.

19 Feb 2011 - 11:54am | Aiyushman Dutta
Rock outfits of the country, especially the Northeast, have long had to grapple with the lack of opportunities – be it a platform to showcase their abilities or a medium through which they can...

9 Oct 2012 - 5:39pm | editor
Eminent lawyer and politician Bedabrata Barua will attend the Guest of the Month programme of Guwahati Press Club on Wednesday, October 10. The programme will begin at 1 pm. Member-journalists...

True Celebration Cannot Be According to the Calendar
Joy of Sharing
10 Great Ways to Connect with Nature
Jadav Payeng: The Forest Man of India
Ram-Leela: Recreating Rama’s Milieu
Depression- from breakdown to breakthrough
University: to become one with the universe
Emancipate yourself from mental slavery
Transformation – An Antidote to Terrorism
Invocation of the Devi of Shakti