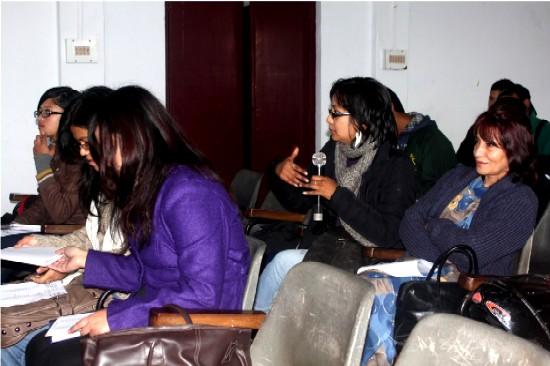 Imagine a wedding, when the groom follows the bride to her home to start a new life together.
Imagine a room filled with laughter and joy when a baby girl is born.
Imagine a market, where the cash counters are being managed by women.
Imagine a household, where the youngest daughter of the family inherits the family property and is considered the custodian and preserver of her clan, family and lineage.

In male-dominated Indian society where news of female foeticide is rampant, the small state in the north-eastern part of India, Meghalaya, is an exception. Here, when a baby girl is born, she is ecstatically welcomed with celebration. Meghalaya is recognized to be the only society in India where women are known to play a more important role in the social system than men. All the major tribes – Khasi, Jaintia and Garo follow the matrilineal system.

The Khasi and Jaintia tribesmen follow the traditional matrilineal custom, where the youngest daughter (Khun Khadduh) inherits all the property and acts as the caretaker of aged parents and any unmarried siblings.

However, the mother’s brother, may indirectly control the ancestral property since he is involved in decision making related to property. Yet, the woman has rights over the house and property, indorsed by customs and religious traditions. The children also take their mother’s title.

In the Garo lineage system, the youngest daughter inherits the family property by default, unless another daughter is so named by the parents. She then becomes designated as ‘nokna’ meaning ‘for the house or home’.

Those small primitive societies where God is thought of as a woman have not been able to achieve weapons, destructive methods. They have not been fighting; there have been no wars in a matriarchal society. The fact has to be considered. The man-made society has been doing only one thing, continuously fighting.

For thousands of years, the people of Meghalaya have traced their descent, inheritance and lineage from mother to daughter.

These people of Meghalaya are a part of maybe the world’s largest surviving matrilineal culture.

With time things are changing in this community too. More recently, a suffragette movement has come up, with men’s rights groups claiming that the matrilineal culture is breeding generations of gents who fall short of their potential, subsequently slipping into alcoholism and drug abuse.

Crime rate is on the rise. According to a recent report, Meghalaya has seen over 800 rape cases in the past decade. The “moral character” is deteriorating and has failed to pick up despite improved literacy rate achieved, which has led to increased crime rate in the state. Between April 2012 and March 2013, rape was the highest reported crime in this state, according to a report published in the India Today magazine.

That was the original state of humanity: matriarchal. Then society became patriarchal: father became important. And with the father came a thousand and one illnesses. The greatest illness has been private property; it came with father. And the society will suffer from private property until father disappears.

In an article of The Hindu, Patricia Mukhim, writer, social science researcher and editor of ‘The Shillong Times’, is reported to point out that with changing times, Khasi women’s lot is no better than that of poor women in other parts of India. She adds that in a traditional Khasi society, marriage was not prevalent until Christianity came in: “Co-habitation was the norm. With Christianity, they became man and wife.” So much for so-called civilization.

15 Feb 2013 - 5:39pm | AT News
There seems to be some let up in the overall situation in Goalpara. Indefinite curfew in Krishnai and Mornoi areas of the district was relaxed on Friday with no fresh incidents reported from the...

11 Apr 2018 - 8:24pm | AT News
GUWAHATI: Three minor boys met watery grave as they were playing in the outskirt of Guwahati sending a huge shockwave across the state on Wednesday. The incident took place at Rampur gaon in...