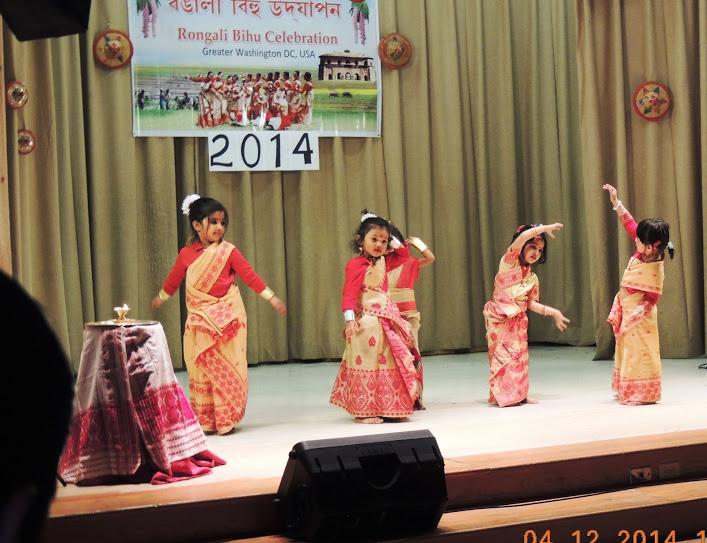 Washington D.C Assamese community of   has been proudly celebrating Rongali bihu for past several years. The community gathered in Sally Ride School Auditorium on April 12, 2014 to celebrate the Bohag Bihu events.  Weather was sunny, with an average temperature   and almost 100 people from New Jersey, Northern Virginia  and Marryland  gathered to celebrate the blissful event It was a fun filled get together of the Assamese diaspora  ,many extending their family ties to a broader and multicultural ethnicity. The day began with the traditional and some innovative snacks consisting of   Pitha, Laroo, sweets, samosa, jolpan  etc. Around 4:00 PM  a cultural program started to showcase talents of young and adults by dancing, singing  and playing musical instruments. Washington D.C Bihu committee has been releasing a Bihu Megazine ‘JAAPI’ since 2013. This was magazine was digitally printed and each copy was distributed per family. Mrs Dullali Permettuler was the Editor for the magazine. Sikha Sarmah and Anjana Bordoloi was the coordinator for Assamese translation.Minister for Community Affairs at the Embassy of India, Mr N.K Mishra was present in the Bihu and praised the community for doing such events in Washington D.C. 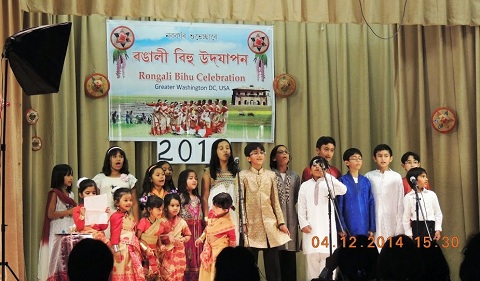 A sumptuous Bihu dinner followed the cultural program. The dishes, cooked and contributed by every family, were primarily prepared to Assamese taste and included North Indian dishes that enriched the diversity of the menu and the celebration. There was a fund-raising conducted by Mr Krishna Hazarika   to support BPL students in Assam. The celebration was then culminated with Mukoli Bihu, which was a heart and soul of that evening and sparkled the atmosphere. Their energy and enthusiasm dissipated throughout the hall and the audience took part in dancing as individual, couple and in group. The cultural program was then ended with a thank you speech from Krishna Hazarika. Rongali bihu celebration was then concluded in the middle of the night with words of thanks and blessings to everyone for a successful new year. 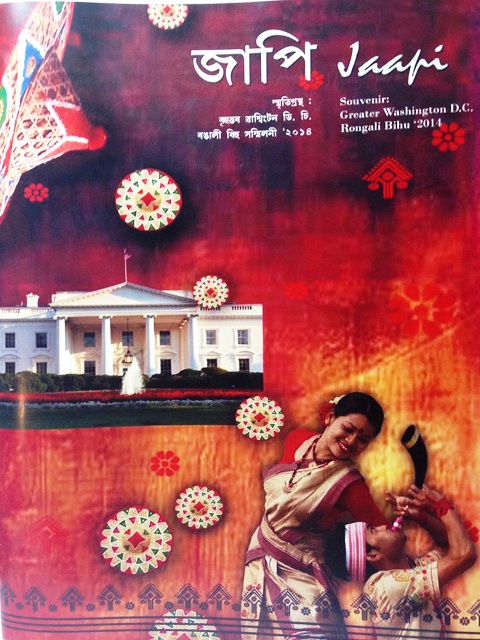 These sort of celebrations

Permalink Submitted by Maisie on Sat, 21/07/2018 - 13:13
These sort of celebrations surely will prove really fabulous to enjoy in DC.

It would be so great to be

29 Sep 2008 - 5:40am | Nanda Kirati Dewan
Mythologically and historically dogs are known to be the most faithful servant of mankind what if our dog is infected with rabies. Rabies is a preventable viral disease of mammals most often...