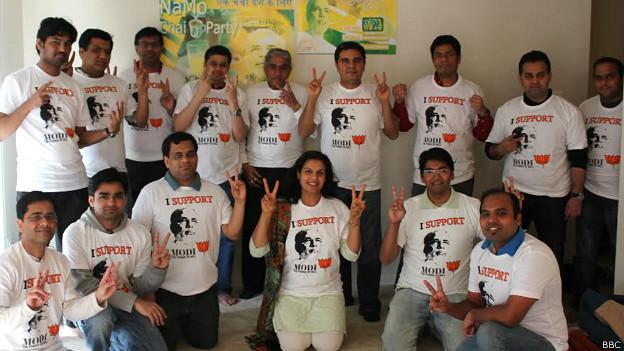 Drumming up support for Narendra Modi, the NRIs from USA are organizing hundreds of "chai pe charcha" and many more campaigning events in the US and calling up people in India to influence voters to vote for BJP to make Mr. Modi as Prime Minister of India. This is first time that NRIs from USA is showing  such a high level of enthusiasm to support Modi which has never been seen among Indian-Americans in recent times. Modi has been considered as a symbol for “development’. His track record in Gujrat seemed to have influenced and convinced many of the Assamese and Non-Assamese NRIs in the USA. As a result, there were several other   organizations who want BJP to come into to power have come forward to organize "chai pe charcha" at more than 100 places in the United States. Some of the cities where such events are being held include Edison, Jersey City, New Brunswick, Parsippany, Mahwah in New Jersey, Washington DC area, Tampa and Orlando in Florida, Houston and Dallas in Texas, Chicago, Pennsylvania, Los Angeles, Boston, New York and Memphis. NRIs are looking for a stable government in India who can provide good governance that improves consular services, promotes investment opportunities to create jobs and provides every NRI an opportunity to take part in electoral system in India. NRIs are emphasizing the voting rights to be given online and some other means so that NRIs can contribute to the Indian electoral system. NRIs are also looking for a leadership who can bring change and transformation in India so that Indian economy plays a vital role in world politics. There are NRIs who wants to go back to serve their motherland by his experiences and if this happens in future, people of India can expect a huge change in the systems and policies in India. But UPA Govt was never in favor of such migration. Indian Americans are trying for overseas voting rights for ages. UPA is reluctant on this and scared to get impacted on their vote bank politics with minorities. 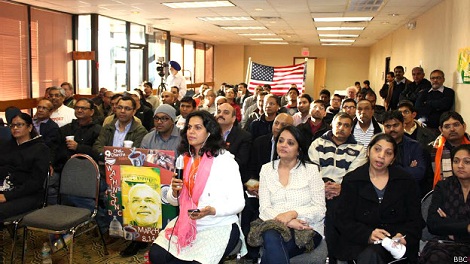 All the Indian Americans in the IT sector are volunteering to spread support for MODI in social media like faceBook , WhatsApp. The most amazing part of their support is that the volunteers are spending sleepless nights to call their friends and relatives to support “NaMo wave” and vote for BJP in LS 2014.  In addition, volunteers are spending money from their own pockets to travel to India to campaign in person for the Lok Sabha polls. 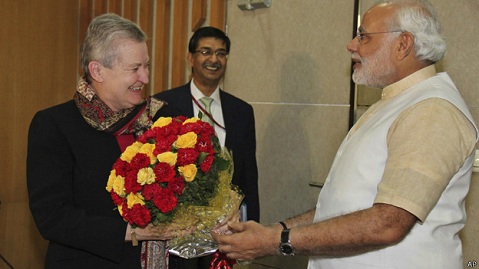 Growing popularity on “Modi Wave” has made the Obama administration to initiate a discussion of INDO-US relationships. Obama Administration showed openness to coordinate and work with Mr. Modi to strengthen the relationship with India. In a recent visit, US ambassador to India Nancy Powell met Modi and discussed various points to improve bilateral relations with India.

All out against Swamy

14 Mar 2015 - 10:54pm | SK Hasan
The Nazira unit of All Assam Minority Students’ Union took out a huge rally on Saturday in protest against Dr Subramaniam Swamy’s visit to the state.Hundreds of AAMSU activists hit the streets in... 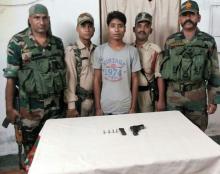 13 Feb 2019 - 12:02am | AT Kokrajhar Bureau
Nearly 7000 students are appearing in the HS final examination which beings from Tuesday in 25 centres across the Kokrajhar district. The examination is conducted under strict observation of CCTV...