Save rhino campaign on bicycle 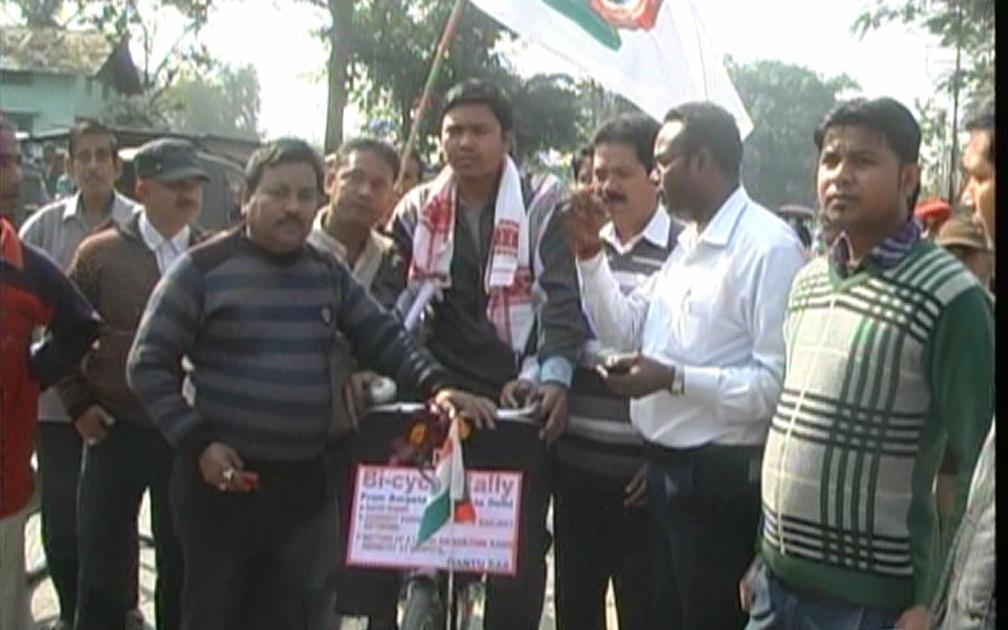 Mantu Das, a 30 years old youth of Milan Nagar, Jania Road, Metuakuchi, Barpeta,  son of Late Ghanakanta Das and Nirupama Das set out his journey to Delhi on bicycle, along with his three demands to give to the president of India.

Even after 67 years of India's freedom, there is no railway connection to Barpeta, which is the age old town of Assam. The current status of agri-economy  of the area is very bad. Pride of Assam 'Rhinos' are being killed often by the poachers. Taking all these three problems, Mantu Das has set out his bicycle journey to Delhi to communicate to the President of India - connecting Barpeta with railway system, establish an agricultural industry and to save rhinos.

16 Nov 2014 - 10:04pm | Hantigiri Narzary
The Bodo Tunlai San (Bodo Literary Day) was observed in the Bodo-medium institutions with colourful programmes on Sunday. The day was observed by district and primary committees of the Bodo Sahitya...

11 Jun 2012 - 12:38am | editor
Only 50 days are left for the London Olympic. For the first time archer Jayanta Talukdar will be seen in action. The archer, who hails from Assam, is the only member of the Indian men's recurve team...