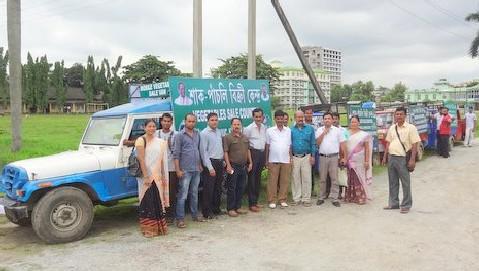 11 Jun 2008 - 3:47pm | Ritupallab Saikia
A public meeting was held recently at Golaghat to discuss about the ongoing crisis in Numaligarh Refinery Ltd (NRL). The meeting was attended by people from various walks of life. Representatives...

31 Mar 2015 - 3:38pm | AT News
A special Act is coming up to deal with the private schools known for exorbitant charge as fees. The same Act , now in process, would further firmly deal with the school managements were the teachers...

5 Nov 2013 - 2:25pm | Subhamoy Bhattacharjee
Over a month since the migratory Amur falcons’ arrival in Nagaland, not a single bird has been killed in their roosting site in Doyang Reservoir, reports the Amur Falcon Protection Squad (AFPS) – a...