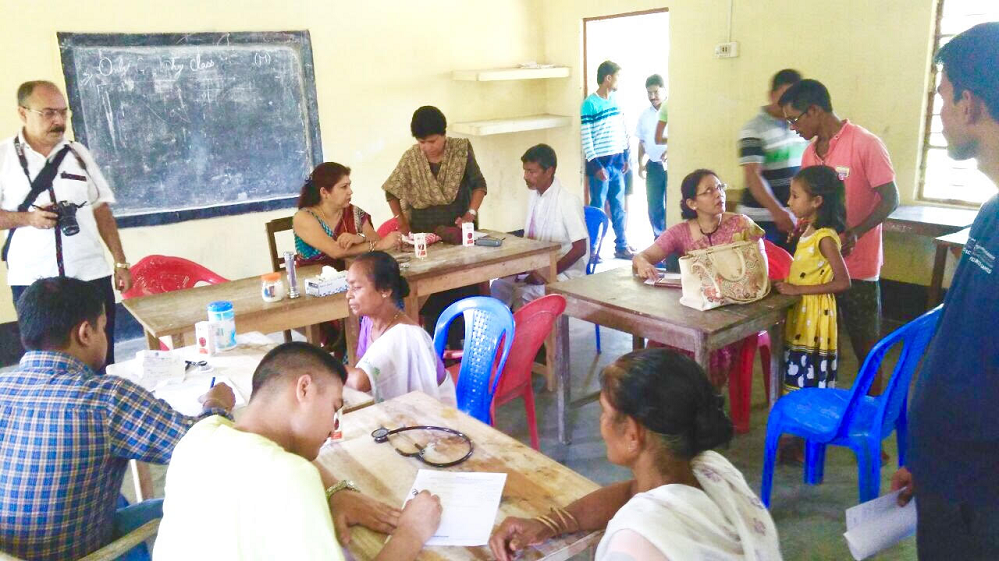 A health camp was organised by "Cottonian82" , an organisation of the alumni of Cotton College of 1982 batch, in association with KGMT Hospital, under Kuntal Goswami Memorial Trust, Mother Teresa Road, Guwahati,  at Mayong on 20th August, 2017 for flood affected people.

The camp get response from around 300 villagers from Mayong and nearby villages.

Agnisnan to be screened in London

30 Mar 2010 - 6:49pm | editor
The normal proceedings on the floor came to a grinding halt as the opposition members are staging dharna at the Assembly House premises demanding horse trading in the recent Rajya Sabha poll where...

17 Aug 2015 - 7:00am | AT News
Despite a set of stringent laws human trafficking still persists where the victims are section of poor girls. A girl from Sivasagar district has been battling for life at a West Bengal hospital after...