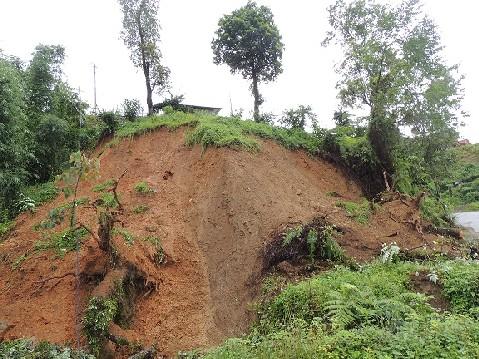 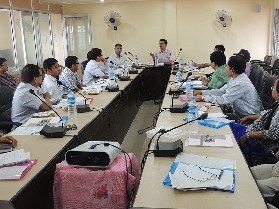 A disaster management plan meeting was held in the Tirap DC’s  conference hall at Khonsa on July 10 in which Tirap SP Vikramjit Singh, ADC H. Matcha and HoDs attended. While welcoming the participants, Tirap Deputy Commissioner Kamlesh Kumar Joshi said that there were some places in Arunachal Pradesh which had been identified as disaster-prone areas. He told the gathering that in Tirap landslides in summer and fire accidents in winter were the most frequent disasters adding that evolving a contingency plan was of paramount importance to effectively tackle such eventualities. The DC asked all the HoDs to play a pro-active role to ensure that the district was prepared to face any disaster effectively.  The DDMO,  P. Duggong,  while presenting the various steps taken under district disaster management plan, read out the disaster history of Tirap district. He said that in Tirap district fire accident and landslides were the most common adding that necessary steps had been initiated to deal with such disasters. Awareness campaigns had been held from time, he added.

The Commander, BRO said that  illegal collection of boulders by some private individuals for commercial purposes  was the main cause of landslide on the Khonsa-Lazu road near Pongkong and requested the district administration to initiate legal action against the defaulters. He also highlighted the need for improvement of communication  to convey urgent messages from the place of disaster to the people concerned. The Tirap SP, EE, PWD, ADC and DMO actively participated in the deliberation.  The EE, PWD Er. Borang lamented that some private individuals were constructing private roads, culverts, parking places etc haphazardly in the Township thereby hampering the work of the department and urged the administration to take stringent action against the erring individuals.

8 Jul 2008 - 2:49pm | editor
The Left Parties withdrew support to the UPA over the nuclear deal. However, the Samajvadi Party has come forward to support the government. Some other parties are also willing to support the...