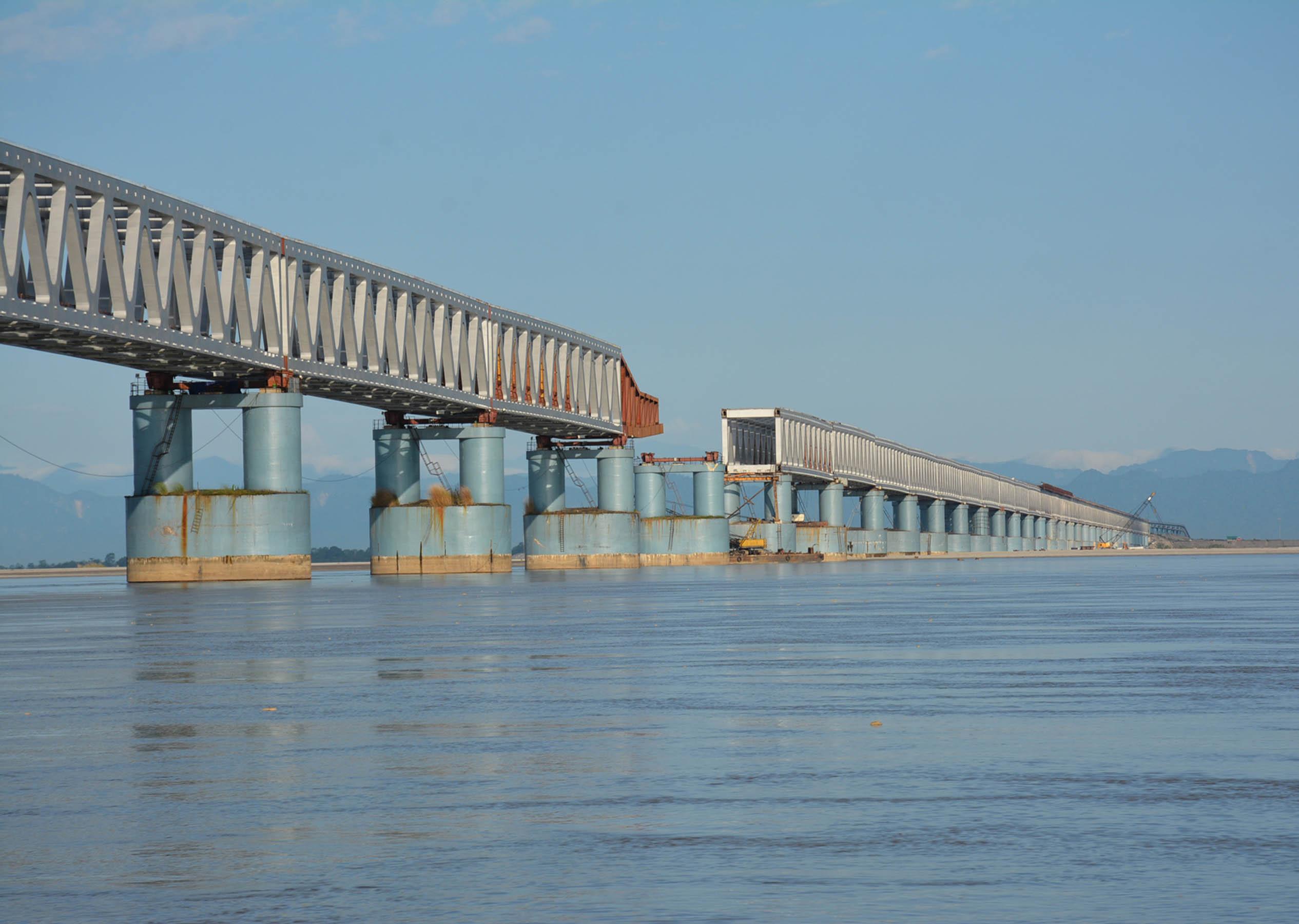 The completion of launching of the last normal span will open front for construction of balance portion of the road viaduct which will link the National Highway to the main bridge. The work of casting of road deck is also progressing simultaneously from the North bank of the Brahmaputra. Road deck of 20 spans out of 39 has been completed. The Bridge is expected to be opened in October, 2018.

9 Jun 2017 - 2:52pm | Chandan Kumar Duarah
Wetlands in Assam have been carrying out a great role minimising intensity of flood in Brahmaputra valley. Better conservation of wetlands in the state may be the most effective way to control flood...

23 Jul 2013 - 9:40pm | AT News
At least six people have been injures in two powerful explosions that rocked Lakhimpur town on Tuesday.The first explosion rocked the Jail Road are where one person sustained injury. This was...