20 Sep 2014 - 7:00am | AT News
A special court in Guwahati has sent sentenced two engineers of the agriculture department to two years rigorous imprisonment for misappropriating development funds in Dima Hasao district. The court... 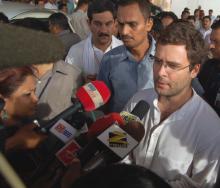 9 Aug 2015 - 12:40am | AT New Delhi
The North East region of India comprising of the state of Arunachal Pradesh, Assam, Meghalaya, Manipur, Tripura, Mizoram, Nagaland and Sikkim can be physiographically categorized as Eastern Himalayas...