Highlight of the day was “Creating Future – Fashion Show” with six teams participating. Each team of eight participants had its designer and coordinator. After the gala prelims showcasing 48 individual talents in their respective groups, 10 male and 10 female talents were shortlisted for 2nd and 3rd rounds which tested their attitude and intelligence.

Besides certificates, the winners carried away exquisitely crafted medals or cups.

Besides a dance segment by young lady faculty members, there was also a special joint dance performance by final year students and faculty.

The opening ceremony of week-long D’Verve events with the theme : Go! Glow! Grow! was held on 16th March with the hoisting of the D’Verve flag and lighting of the torch of “The Torch of the Spirit” and taking of the pledge.

The sports events, both indoor and outdoor, under the leadership of Sports Club started on Saturday 14 February. It was spread out over one month with separate events for boys and girls in Football, Cricket, Basketball and Volleyball.

The students designed and decorated both the stage and the ramp under the able leadership of student coordinator Miss Tenzin Chonzom and her core team members. 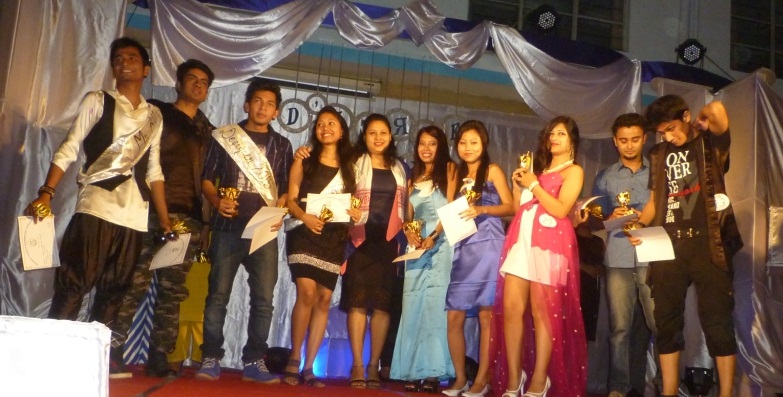 21 May 2013 - 6:36pm | Abdul Gani
Nishitendu Chaudhury, Lanusungkum Jamir and Manash Ranjan Pathak will be sworn-in as Additional Judges of the Gauhati High Court. The oath will be administered by Chief Justice of the Gauhati High...