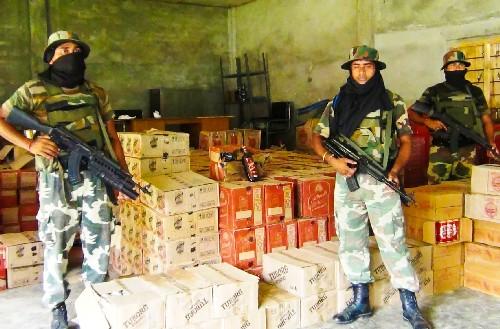 Acting on a tip off the 142 Battalion of Central Reserve Police Force stationed at Merapani along the Assam-Nagaland interstate border in Golaghat district, led by commandant Vishrant Kumar, today seized two trucks bearing registration nos. AS-05/B-5736 and AS-03/AC-6909 loaded with 355 cartoons of Indian Made Foreign Liquor (IMFL). The trucks were stranded in Gomariguri Tiniali area when the CRPF team carried out the raid. Three persons were also arrested in this connection and they were Mintu Konwar, Puwal Bora and Rubul Hussain. The illegal liquors were being carried from Bhalookpung in Arunachal Pradesh to Wokha district in Nagaland. The CRPF team also seized a truck loaded with illegal timbers and handed over to the forest department. 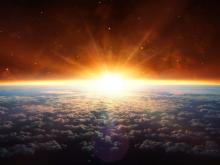 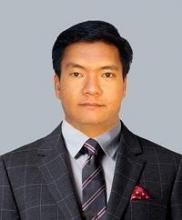