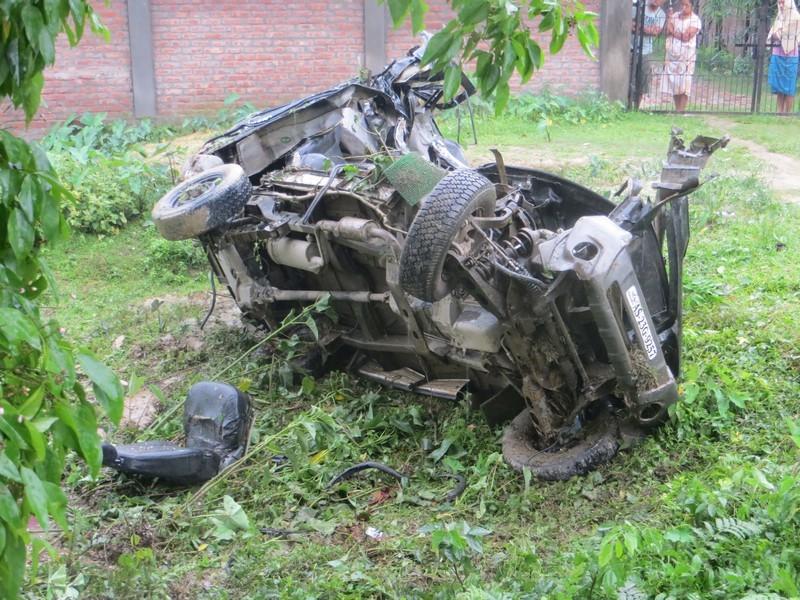 Three persons were killed on the spot in a road accident that occurred near the Tingrai railway station under Digboi police station in upper Assam's Tinsukia district early this morning. The deceased are Gopal Das (42), Bitupan Das (43) and Hemanta Hazarika (28). The accident occurred when a black Bolero (No. AS23G-9257) vehicle hit a roadside tree at top speed killing all the three passengers. Gopal Das, who was the owner of the vehicle was driving the vehicle when the accident took place. Das, resident of Dibrugarh, is a well established businessman of Digboi. He is the owner of Raj Laxmi Hotel, Digboi and also a social worker. The two others died are his cousin brother Bitopan and his hotel cook Hemanta. The trio had come to Dibrugarh to watch a Bihu function held at Amolapatty last evening. The accident took place at around 5 am today while the trio was returning to Digboi after the function till late night. The incident had cast a pall of gloom in Digboi and its adjoining areas.