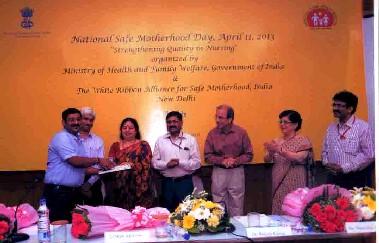 Dr Debashish Bhattacharjee, Medical & Health Officer, Haflong Civil Hospital has brought Laurels to the district of Dima Hasao along with Assam as well as North East India for being awarded for his outstanding service as life Saving Anesthetic skills Trainee by the Ministry of Health & Family Welfare, Govt of India on the occasion of ‘National Safe Motherhood Day held on April 11 at National Institute of Health & Family Welfare, New Delhi. Dr Debashish Bhattacharjee was felicitated with a certificate and a memento. He is the one from N E India of the three doctors recently selected for the award from entire India.

All doctors, nurses and staffs of Haflong Civil Hospital congratulated Dr Bhattacharjee as he was conferred the award from Dima Hasao district of North East India.

Being pleased in his achievement Dr Bhattacharjee disclosed to the media that he has been in the profession in Dima Hasao for long 15 years. He, within the span of 10 years has administered as many 3000 cases even in uncongenial atmosphere of the district. Recalling some incidents he said the profession of a Doctor is always considered to be noble one but some time it becomes a challenge also. Some time we have to work under such a situation that other people cannot dream even. Sharing some experiences in Dima Hasao he said ‘people of Dima Hasao particularly those from remote places are still very simple and for this, I am very much happy to get the opportunity to serve these people’ 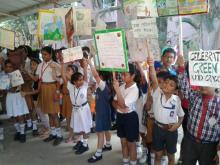 29 Oct 2016 - 11:15pm | AT News
In response to a call of Games Village Residents' Welfare Society to observe Pollution Free Diwali this year, all the residents came out with a very positive response and decided to celebrate Diwali...