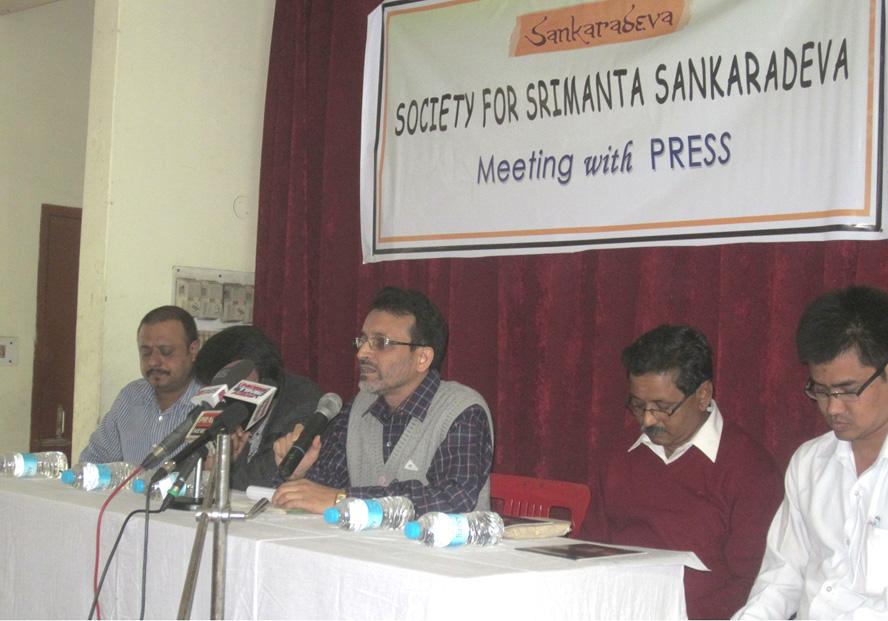 Eminent author and member of the Society, Imran Hussein opined that the non-inclusion of life and works of Srimanta Sankaradeva in curriculum has hurt the sentiment of people in Assam. Such neglect has contributed to the growth of secessionism in the region. He said that Srimanta Sankaradeva is the unifying factor for Assam and his ideology can save the state from inter-ethnic conflicts. New Delhi should understand the sentiment of people in Assam, he said.

Dr Pradip Mahanta, Secretary of Batadrava Than Parichalana Samiti and member of the Society, gave an account of the rich Sattra culture created by Srimanta Sankaradeva and stressed on the young generation knowing about these heritage. He said that incorporation of life and works of Srimanta Sankaradeva in curriculum is long overdue.

Eminent artist and Bargeet singer Amal Mahanta made a fervent appeal to the schools and institutions to keep an acceptable portrait of Srimanta Sankaradeva. He also said that all Mahapurushiya organizations should show awareness in this regard. Anjana Tamuli had welcomed every one at the outset.