Who will pay US$ 80 billion to halve the no. of people without basic sanitation?

22 Mar 2008 - 6:07am | bobbyramakant
How will India and other countries in the world achieve the millennium development goal (MDG) target to reduce by half the proportion of 2.6 billion people who have no access to basic sanitation by...

13 Dec 2009 - 8:23pm | Jayanta Kumar Das
The 7 years old rhino,which had been straying away from Orang National Park yesterday,finally took shelter in the village Bijulibari (Borkola) under Kalaigaon police station on the very morning of... 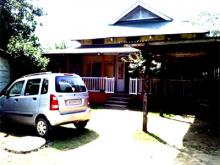