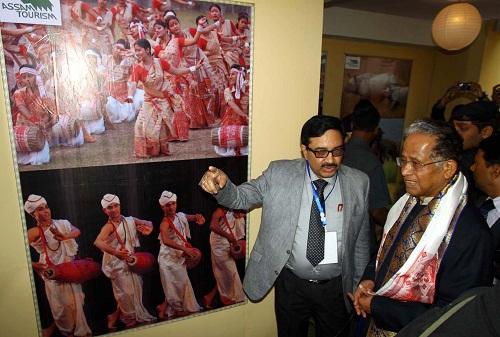 Jorhat turns into a hotspot for business tycoons from many parts of the globe as the international trade fair is underway.

Business tycoons from Afghan, Myanmar, Nepal along with other parts of the world are attending in the mega commercial event which got off to a colourful start on Thursday.

In his opening speech, chief minister Tarun Gogoi tried his best to woo the investors citing comfortable situation and potentials.

Chief Minister Tarun Gogoi stressed investment from Myanmar, Thailand, Nepal, Afghanistan and other South East Asian countries to explore the potential of trade and commerce in the state.

Gogoi who opened the Assam-International Trade and Industrial Fair (AITIF) in the glittering function assured the neighbouring nations of all kinds of support for investment.

18 Aug 2009 - 4:53am | editor
The Prime Minister Manmohan Singh has asked Assam Governor Syed Sibtey Razi to quit immediately. But the later is not ready before October. According to information, it came up after the CBI...