Yet another chance awaits the North East to showcase its culture, tourism potential and exclusive traits in New Delhi. The national capital is all set to host a mega North-East festival in April.

Tour operators, travel agents, cultural troops, film and television industries have eince keen interest to hold the event in the national capital. Steps are also on to finalise a brand ambassador for the region. 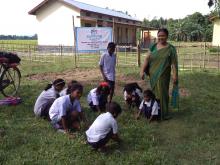 Gunotsav Gets Underway in Udalguri

11 Oct 2017 - 9:00am | Shajid Khan
The second phase of Gunotsav got underway in Udalguri district from Tuesday with three day hectic schedule. The Inspector of Schools of Udalguri ,Bhaben Deuri district informing this correspondent...

5 Feb 2015 - 10:07am | Udayan Borthakur
Aaranyak, who has been working for nature conservation in North East India since its inception in 1989, has been awarded the 2012 Indira Gandhi Paryavaran Purashkar by the Ministry of Environment,... 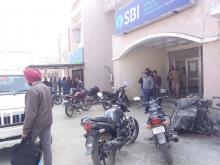