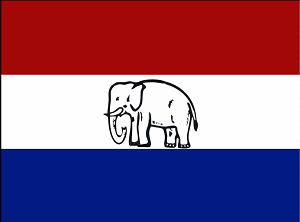 More trouble awaits the Asom Gana Parishad hardly a year before the Assembly polls. The tussle between Prafulla Kumar Mahanta and Atul Bora seems to have posed a serious threat to the regional party’s poll prospect.

The widening difference between the former chief minister and one time loyalist and working president Atul Bora takes the centrestage of a simmering conflict within the regional party.

Senior party leaders told Assam Times that    Mahanta’s loyalists what the founder president should be restored six months after he went on leave. They further claimed that the party’s general council allowed the former chief minister to go on leave only for six months. Then the council asked working president Atul Bora to officiate as president.

But a circle of party leaders belonging to the anti-Mahanta camp are averse to allow Mahanta to take the rein of the party again. They claimed that Mahanta sought him to be relieved from the top post of the party after the party drew blank in the recent Lok Sabha polls.

“If this conflict of power is allowed to go on the regional party will fail to open even an account in the assembly poll early next year,” said a senior party leader who does not want to be named.

He said, “ a section of party leaders have failed to stand either on behalf of Mahanta or for Atul Bora. They need some other else to take the rein of the of the party. This is what further aggravating the party and its course of action.”

3 Feb 2014 - 3:13pm | AT News
Amid hectic confabulations for the Rajya Sabbha polls, Congress is set to get Zaved Islam back hardly a year he was expelled from the party on the charge of dissidence.APCC reconsidered the decision...

11 Nov 2014 - 8:19pm | Mubina Akhtar
The Great One Horned Rhinoceros is one of the rare and precious wildlife in the world and a state symbol of Assam. The poaching of this heritage species in the recent years in record numbers in its...