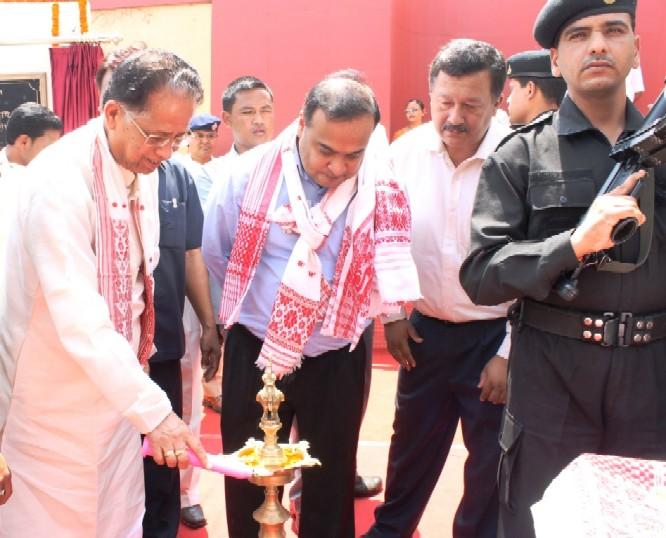 Education has been getting a facelift during the Cong(i) Govts regime and we are committed to bring a revolutionary change in the field of education by inducing qualitative change in education so that our boys and girls can compete with other States and contribute their mite towards nation-building. This was said by Chief Minister Tarun Gogoi, on Saturday morning while addressing a public meeting held on the occasion of foundation laying ceremony of an engineering college and a Polytechnic Institute at Golaghat. He laid the foundation stone of the Engineering College in Golaghat district, which was proposed by the Assam Government officially.

The Engineering College with an estimated cost of Rs 38 cr will be set up at Chelengi in Golaghat District. Speaking on the occasion, Education Minister, Dr. Himanta Biswa Sarma said that today we have moved a step forward in realizing the dreams of a new era for the people of Assam. The minister further added that the Cong (i) govt. would not take respite till it does not establish a medical college or an engineering college in every district of Assam and the day is not far when students from states like Karnataka and West Bengal would come to Assam for studies. Terming the occasion as a mile stone in the history of Golaghat, PWD Minister Ajanta Neog offered her thanks and gratitude to the CM for bestowing such favours upon Golaghat. Neog also mentioned that Golaghat with a literacy rate of 78.31% occupies the fourth position as far as literacy rate of the state is concerned and Golaghat district now proudly stands as a one of the most developed districts of the state.

The entire event was coordinated by Anupjyoti Choudhury, Dist. Information and Public Relation officer and also gave the vote of thanks.

23 Nov 2017 - 5:09pm | AT News
GUWAHATI:A special court in Guwahati on Thursday reserved the ruling on a set of bail pleas moved by over 20 ACS, APS and allied service officers who have been arrested in the APSC job scam....