The Birth Centenary of the pioneer of intellectual revolution of Golaghat, author of children books, social worker, freedom fighter, book publisher and Satradhikar of Dhalarsatra, Sri Purna Chandra Goswami was celebrated today at Golaghat. An open meeting was organised at Amateur Hall on the occasion where eminent author and former president of Asom Sahitya Sabha, Dr. Nagen Saikia presided over the meeting. Apart from Dr. Saikia, a number of other luminaries including Sahitya Academy Awardee Sri Gagan Ch. Adhikari was also present on the occasion. Eminent writer and former lecturer of Biswanath College Sri Pkatik Hazarika has been conferred the Purna Chandra Goswami Centenary Honour. Mr. Hazarika started his career as a writer of children books in the year 1961. His name is also included in the book ‘Who’s who of Indian Writers’ published by Sahitya Academy in 1991. Three books were also released on the occasion.

Pro plus anti: entry and exit in reshuffle

23 Oct 2014 - 2:39pm | AT News
Chief minister Tarun Gogoi pulls up his sleeves to reshuffle his cabinet. Apart from inducting four new faces, the chief minister will show the door to at least three ministers.Further, he is in the... 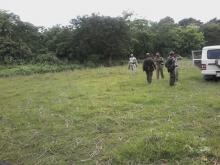