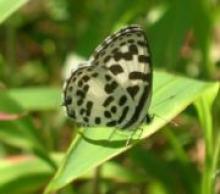 Assam houses 60% of the world&#39;s butterflies

11 Aug 2007 - 2:30am | Mubina Akhtar
Of the 34 biodiversity hotspots in the world the Northeast is home to some rare breeds of flora and fauna that could hardly be seen anywhere in the globe. Of late, a study revealed here, found that...