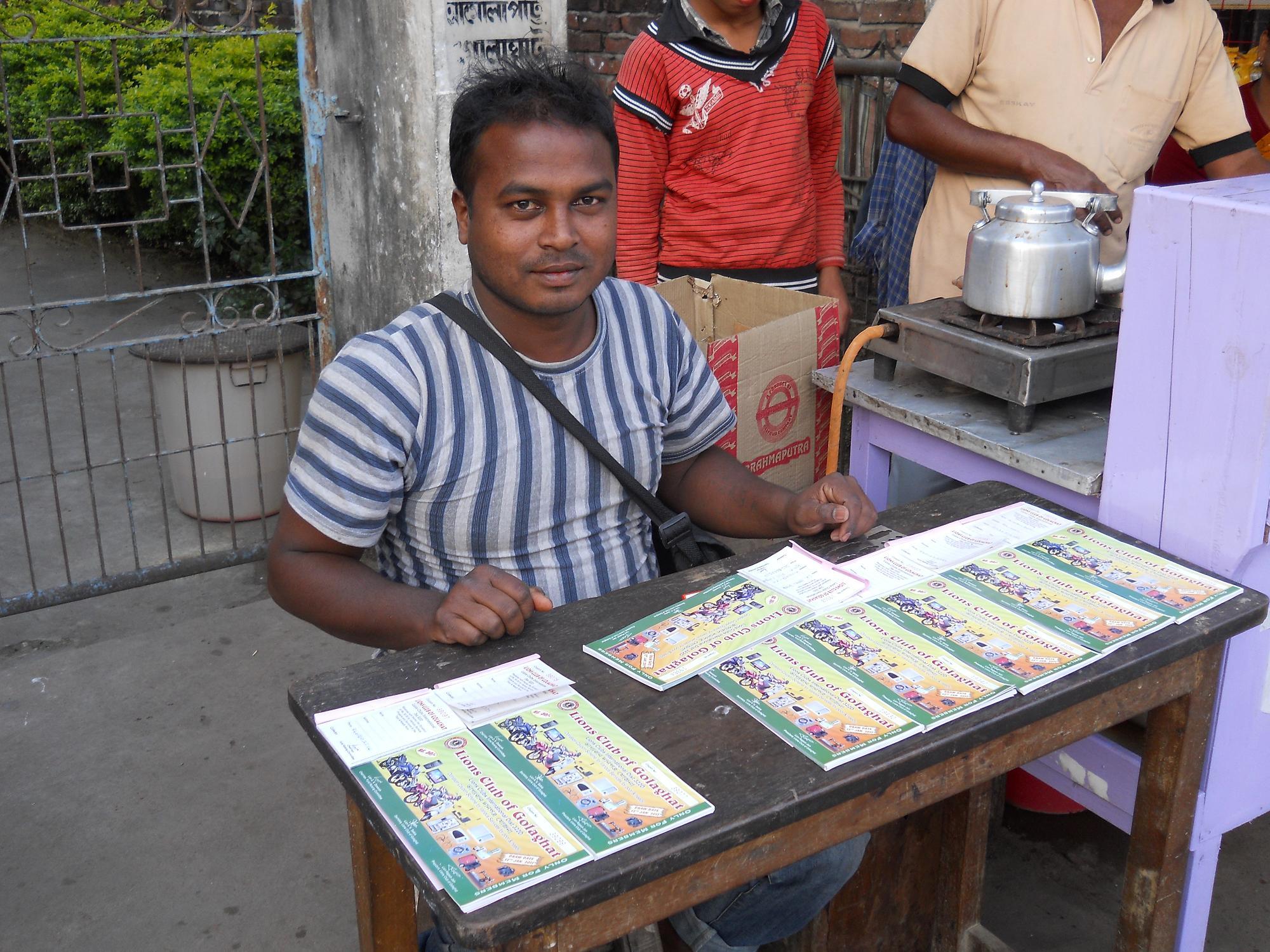 Real talent never goes unrewarded and it has been rightly proved by 25 year old Maneswar Barman of Golaghat. A budding boxer who has to work hard to make both the ends meet. He earns his daily leaving as a tea vendor and also carries out the duty of a night watchman at Golaghat District Sports Associations’ Office from time to time. In the recently concluded 2nd State Games held at Nagaon, surprisingly Maneswar fail to gain a berth in the Golaghat Dist. Boxing Team. But such an initial hurdle failed to let down his spirits and he later contacted the Nagaon District Sports Association to allow him to participate in the State Games from their side. The Nagaon District Sports Association very generously allowed him to join the Nagaon Dist. Boxing Team and Maneswar went on to win the gold in the 75kg category. It is to be noted that Nagaon Dist. Boxing Team bagged the 1st position while Golaghat District Boxing Team had to satisfy with the 5th position. Maneswar has been successfully representating the dist. team since 2002 in various major boxing tournaments including All India BD Chandiwala Junior Mens Boxing Tournament and All India SAI Inter Regional Boxing Championship. At present Maneswar is busy in preparing himself to leave a mark in the upcoming National Games to be held at Ranchi. At this juncture Maneswar really needs the encouragement and blessings of the people including the concerned sports authorities, otherwise such rare talents are likely to be nipped in the bud.

22 Sep 2017 - 9:46am | AT News
A 3.1 magnitude tremor rocked the north eastern state of Manipur a couple of hours after the one of 4.4 magnitude striking no less struck panic on Friday. Originated in Churachandpur, the...

11 Sep 2016 - 8:10am | AT Kokrajhar Bureau
Bhutan police apprehended two persons along with three young girls at a Hotel at Gelephu in Bhutan on Friday, who was handed over to Kokrajhar police, who were suspected, involved with sexual cases,...

9 May 2011 - 5:33pm | editor
People from Assam, who have made Kuwait their second home, are all set to celebrate Rongali Bihu this year with even more fanfare than ever before, under the aegis of Asom Association Kuwait,...