Moreover, the students of Guwahati Zone of MVM win 12 nos. of prizes out of 19 events. Over All Championship Trophy also given to Guwahati Zone of MVM. Ekta Saikia and Maitry Phukan honored as Best Student in the Maharishi National Cultural Celebration, 2010. The participating students reach Guwahati today by train and greeted by many citizens, including educationists.

Permalink Submitted by Una on Fri, 29/10/2010 - 01:10
This is so sweet. I lived in Fairfield, Iowa and attended Maharishi University of Management - the students there and at the primary and secondary schools - MSAE took great pride in excelling in many areas of the curriculum and receiving recognition (so many awards). 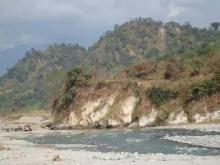 12 Mar 2014 - 10:04am | AT News
Chief Election Commissioner VS Sampath is on a day long visit to Guwahati to take stock of the preparation for the upcoming Lok Sabha polls slated for April 7, 12 and 24.Sampath is reviewing the...

27 Mar 2015 - 10:47am | AT News
Finally the process to update the National Register of Citizens, 1951 begins across the state on Friday. Altogether 81 NRC seva kendras are functioning in Jorhat to cover the entire population in the...