One more top ULFA leader falls in RAB dregnet in Bangladesh. According to a section of media reports, the clise aide of C-in-C Paresh Baruah has been arrested in Mymensingh district. He is identified as Ranjan Chowdhury alias Masud Ranjan Chowdhury. He was was taken into custody from Rupa Nursing Home in Sherpur where he was undergoing treatment. He may be handed over to India very soon.

Permalink Submitted by v.thatchanamoorthy on Mon, 07/06/2010 - 22:33
The information about arrest of top ULFA leader in Bangaladesh is really appreciable.The terrorists and their organisation have no faith on democracy and simply exploit the innocent people for the welfare and luxury life of the few terrorists.People of the region should ignore the terrorists and work hard for development .The development will certainly reflect in all respects of the region,family,organisation etc.

Permalink Submitted by Assam on Tue, 08/06/2010 - 00:45
Why dont you guys relise we dont care for India. Discontent in Kashmir, Punjab, Maoist liberated areas and of course Assam shows that there is widespread oppression. Not one group, but many are unhappy. 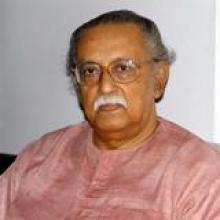 22 Oct 2016 - 2:56pm | AT News
One of the senior most editor-journalists of Assam, Tilak Hazarika, 95, expired last night at GNRC hospital (Dispur campus). Hazarika, who was admitted to the hospital on 18 September, breathed his...

17 Dec 2015 - 9:27pm | Bg Gogoi
Never did Rahul Gandhi think that his statement targetting BJP and RSS would run into a hail of anger across Assam after the Barpeta monastery controversy. But it has happened. That too four months...