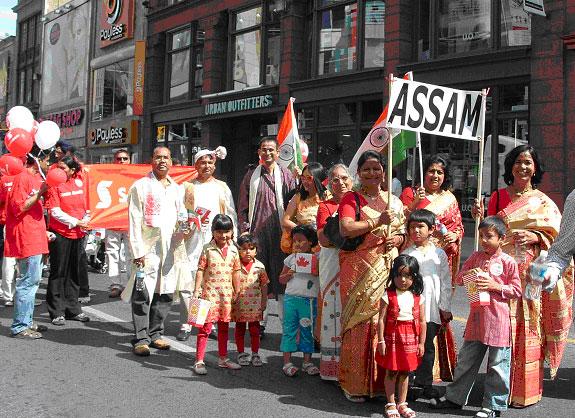 The participants of Assamese community were proud to represent Assam in such an event wearing Assamese traditional attire. Both children and adults also enjoyed the event and felt proud to be Assamese in heart in a far away place from Assam.

6 Jun 2013 - 6:27am | Koushik Hazarika
Assam Combined Entrance Examination (CEE) 2013 result will declared on Thursday for admission in MBBS/BDS/BE/BTech courses for academic year 2013-14. This year's Assam CEE examination is conducted by...

19 Jan 2009 - 2:00pm | Aiyushman Dutta
Promising to take one on a trip down memory lane, late Bhabendranath Saikia’s immortal feature, Xanta-Xista Hrista-Pusta Mahadusta is soon going to make its comeback. This feature which used to...