Ajanta Neog. PWD minister of Assam inaugurated the newly constructed RCC bridge over the Gelabeel on January 11. The minister in her speech hoped that the bridge would help communication to interior proplr living in the low area near the Brahmaputra,The meeting held on the occasion was presided over H Bora, DC Golaghat. Deep Gogoi, MP Kaliabar, Jiten Gogoi, MLA Bokakhat, Mohan Chandra Bodo, Commissioner PWD and B N Bhuyan Ex MLA Bokakhat attended the programme and spoke on the occasion .

The Minister inaugurated also a website www.bokakhat.gov.in in the office of Bokakhat sub division office in today morning.

6 Jan 2012 - 3:19pm | Anup Biswas
The Jadikhe Naisho Hosom (JNH) vehemently condemned the killing of Donald Sengyung and urged upon the government to uproot the evil designs of all such miscreants and nab the culprits involved and... 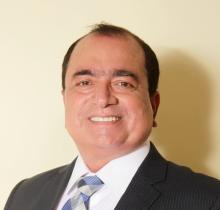 25 Jun 2011 - 7:29am | editor
Guwahati Press Club has expressed its anguish at the arrest of RTI activist Akhil Gogoi from its campus on June 24 at around 2.50 pm. It has already sent a protest letter to the Chief Minister Tarun...