Flood woes back as lakhs displaced

22 Sep 2012 - 3:34am | editor
Flood waves are back to wreak havoc. The situation has turned from bad to worse.Over ten lakh people have been affected in seven districts killing two youths in Tinsukia district and renders lakhs of... 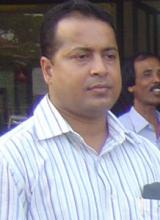