Kalaigaon gears up for Assembly poll on April 11


There are total 154193 voters (male 79542 and female 74651) in the LAC.There are 168 polling stations in Kalaigaon  Assembly constituency out of which 44 polling stations have been identified as hyper sensitive,26 as sensitive and 98 as comparatively safer.Although 102 polling stations of Kalaigaon falls under Udalguri district and only 66 polling stations fall in Darrang district, the ECI has authorised Darrang administration for conuct of the 2016 Assembly election. 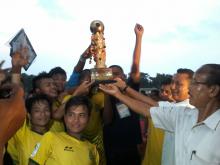 26 Dec 2009 - 8:08pm | editor
ULFA chairman Arabinda Rajkhowa and his military sopkesman Raju Baruah have been remanded to judicial custody after they were produced before the camp court inside the Guwahati Central jail on...