30 Nov 2016 - 7:41pm | AT News
The police team set up to probe the APSC scam have been interrogating three ACS officers and an APS officer on probation in Guwahati to extract more clue on the scam. The three extra assistant...

21 Jan 2018 - 6:31pm | AT News
GUWAHATI: RSS is born and brought up purely for social cause and it wants to spread its culture and vision among millions of the people living in this country. This was more or less of what Mohan... 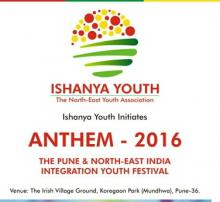 Zubeen to perform in Pune on Jan 16