The vandalism of Jorhat Divisional Office of LICI and atrocities on the employees by the security forces yesterday on a trivial plea has been condemned by the insurance fraternity here at Barpeta. Employees of all classes cutting across their union affiliation under Barpeta, Pathsala and Barpeta Road branch staged demonstration in the respective office campus today and registered their protest against the inhuman activity by the police forces. The employees also demanded exemplary punishment to the police personnel involved in the incident, adequate compensation to the victim and assurance from the authority to stop recurring of such incident.The secy of Barpeta base unit of National Federation of Insurance Employees Association (NFIFWI) Harmohan Barman condemned for such kind of inhuman activities of the police. 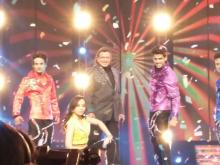 28 Oct 2011 - 10:47pm | brahma2011
Three KPLT ultras were apprehended by State police and 3rd Jammu and Karshmir Riffles from three separate places today in Karbi Anglong. According to police sources, on the basis of specific...