Civil society in India has strongly condemned the recent decision of the Group of Ministers (GOM) in India to defer the implementation of pictorial health warnings on tobacco product packages which was to come in to effect from November 30, 2008. The pictorial warnings have been deferred, again, till at least end of May 2009.

This decision of GOM is very unfortunate and has appalled the public health community across the country, said members of Advocacy Forum for Tobacco Control (AFTC). By repeatedly postponing the implementation of pack warnings on tobacco packages, the government is failing from performing its important duty to provide essential information to make Indian consumers aware of the effects of tobacco, particularly to the vulnerable poor and the illiterate, further said AFTC members.

“The decision to defer and unduly delay the mandatory placement of pictorial health warnings on tobacco products is a cynical abdication of governmental responsibility to protect people’s health by providing them much required information on the deadly effects of tobacco consumption” said Dr K Srinath Reddy, President, Public Health Foundation of India.

“The government should set up strong and transparent mechanisms at the highest levels to prevent industry interference in the implementation of tobacco control measures and policy making processes. Since the tobacco industry sells a product that kills one million people in India annually, therefore, industry’s interests will always be in conflict with the nation’s public health and economic aspirations” remarked Bhavna B Mukhopadhyay, Senior Director, Voluntary Health Association of India (VHAI).

Article 11 of the Framework Convention on Tobacco Control (FCTC) imposes a time bound obligation on each of its signatory parties, of which India is also a part, to implement pictorial health warnings on tobacco product packages within 3 years of its coming into force. The deadline for India to implement pictorial health warning was 27 February 2008. It’s a national shame that India, once considered a global leader in tobacco control has repeatedly failed to enforce this provision of pictorial health warnings. Countries across the world (who are party to FCTC) have unanimously adopted international standards for implementing the international tobacco control treaty that mandates health warning labels that cover 50 percent or more, and no less than 30 percent, of tobacco packaging and feature effective pictures of health conditions caused by tobacco.

“The news of postponement of implementation of pictorial warnings was most unfortunate. Especially because it came within a day of unanimous adaptation of guidelines for article 11 of FCTC dealing with the packaging and labeling of tobacco products by the Conference of Parties of 160 governments meeting in Durban, South Africa on November 22, 2008. The Government of India was present in that meeting and the decision was applauded by the entire global community” noted Luther Terry Awardee Dr PC Gupta, Director, Healis Sekhsaria Institute for Public Health.

The decision to defer the implementation of already diluted, delayed and long overdue pictorial health warnings on tobacco packages is nothing but retraction of India’s commitment to FCTC. By deferring the implementation of graphic warnings, the international position of India will be pushed much below from the 34th position that was accorded to India in the recent international status report adopted by Canadian Cancer Society to a much lower ranking.

"It is high time that national tobacco control policies in India are congruent to what India is obligated to do by ratifying the international global tobacco treaty - Framework Convention on Tobacco Control. Last week in the global meeting, India adopted the strong guidelines for Article 5.3, to protect health policies from tobacco industry interference” remarked Bobby Ramakant, from the Indian Society Against Smoking, Asha Parivar, who also represents Network for Accountability of Tobacco Transnationals (NATT).

Civil society organizations strongly urges to the Indian government to implement the graphic warnings without further delay. The government must act now to protect Indian citizens, especially the vulnerable children and illiterates from serious health hazards caused due to tobacco consumption.

The author teaches Physics at India's Loreto Convent and has been writing extensively in English and Hindi media. She serves as Editor of Citizen News Service (CNS). Email: shobha@citizen-news.org, website: www.citizen-news.org

Permalink Submitted by Dr Jayakrishnan.T on Tue, 17/03/2009 - 22:35
Very good. I am a faculty in medical college. My article on this issue will be published in ijme -April issue. 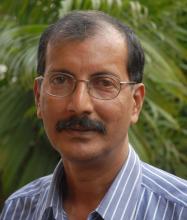