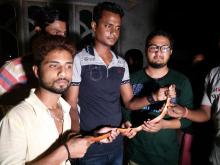 15 Oct 2017 - 7:04pm | AT Kokrajhar Bureau
A rare species of Snake was rescued at Santinagar near Babyland school in Kokrajhar town this evening .The Snake was first noticed by public at a resident and later intimate to Snake experts Anup... 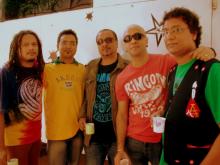