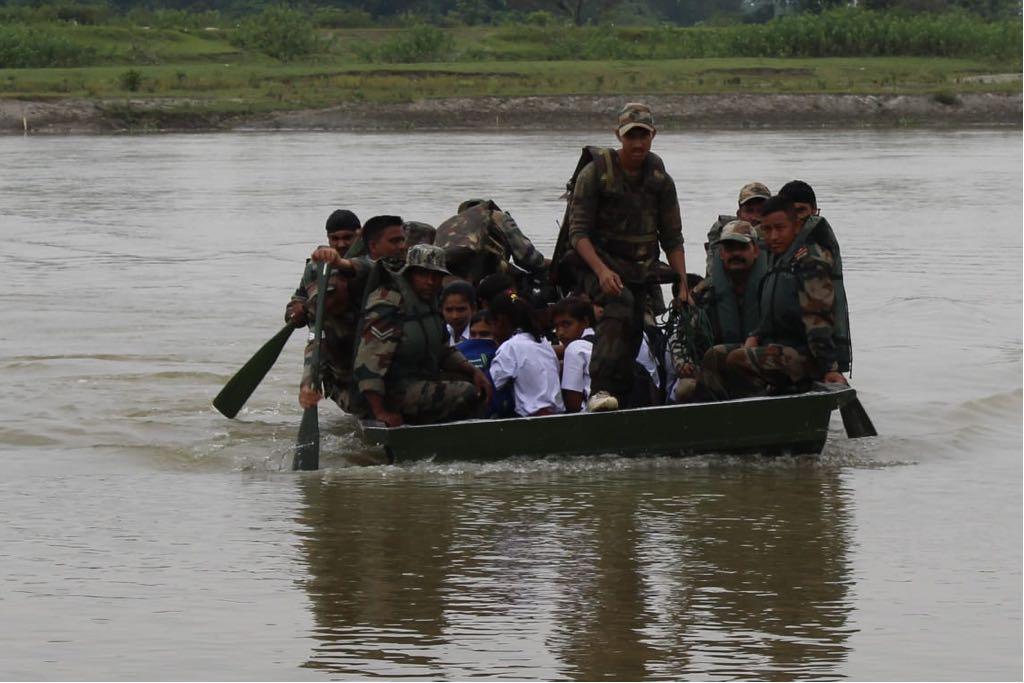 NAMRUP: Monsoon woe is nearing which unleash brimful misery to millions of people in Assam and its neighboring north eastern states. The army jawans posted in Jaysagar are preparing to efficiently deal with the situation.

Many army jawans participated in a flood relief and rescue demonstration at Disang Mukh on Thursday fetching a ray of respite to the people who have been suffering from the perennial calamity for decades.

The mock drill included portrayal of a situation  of comprising of early warning of heavy rains , deploy of flood control team and finally high speed action to rescue the victims from stranded places using various techniques.

Besides these various improvised aids are also included the training for resusciation of drowned case and awareness about preventive measures and precautions to be taken before and after floods to avoid illness and health problems. The exercise culminated with explaining responses to various  situation faced by local  during the  floods to include  do's and dont's  during the floods.

The event is able to achieve capacity development in response to floods for taking effective and sustainable preventive, preparation and mitigative measures in pre flood stage and prompt response during flood. The mock drill is well appreciated by the locals and the district administrator and are thankful to  Army for conducting  the event . 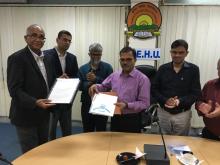 28 Jul 2022 - 10:14am | AT News Shillong
North-Eastern Hill University has signed a memorandum of understanding with Breakthrough Technology firm CV Laser Pty Ltd. The objective is to initiate start-ups and innovation industries in the...