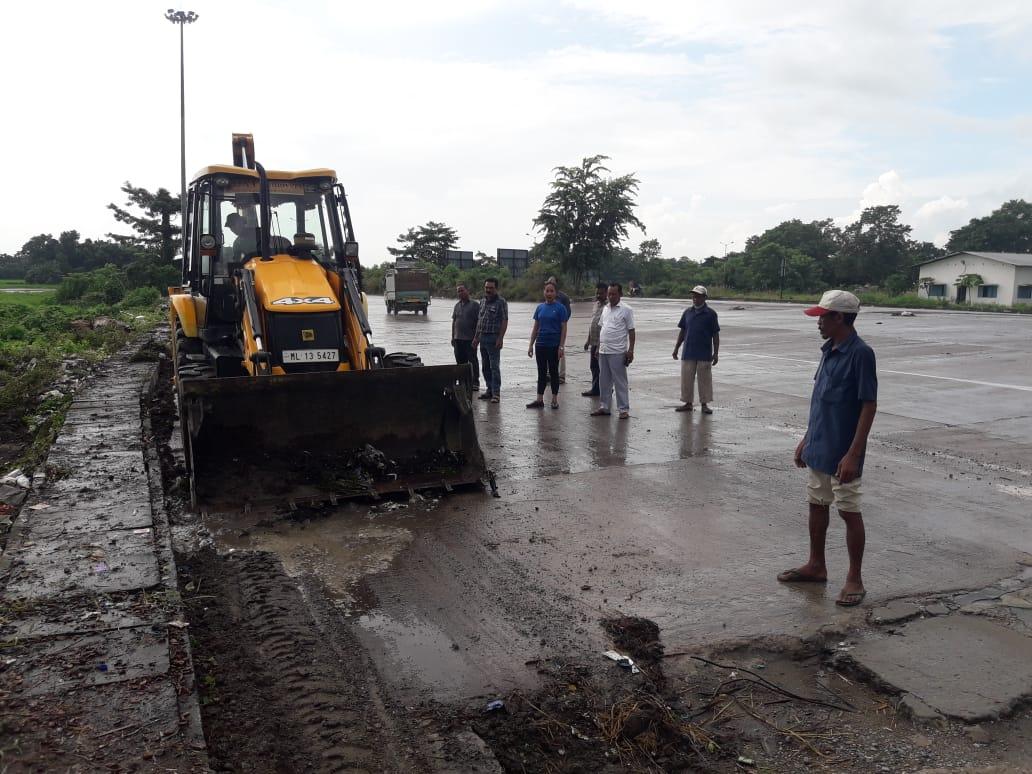 NAGAON: As part of the Prime Minister Narendra Modi's  call during his Independence Day speech to clean up the environment from plastic, the local administration here along with Raha Municipality Board (RMB) on Saturday launched a drive at Raha Toll Plaza along the four-lane highway to clean up the plastic garbage from the area.

The officials and employees of the administration and the RMB  cleaned up the roadside plastic garbage thrown in and around the toll plaza campus.

Pallavi Kachary,  executive officer , Raha Municipality Board, taking part in the drive  urged the public to go for waste segregation right at the source as the first place being our homes , shops ,hotels, restaurants etc. She said that it was the duty of every citizen to keep their homes and localities clean and create a safe germ-free and plastic free environment.

26 Jan 2009 - 6:35pm | Daya Nath Singh
'The Dream Continues' was the theme of Snehalaya, an outreach programme of the Don Bosco Educational Society on completion of its eight years of service. Since its inception, Snehalaya has been...

Nightmare on the road!

24 Feb 2018 - 8:02am | Shajid Khan
TANGLA:Over loaded dumpers carrying construction materials, of late, have started unleashing a huge havoc on the Mangaldai-Bhutiachang SH-4 these days. A couple of lives has already lost. More such...

22 Mar 2014 - 1:46pm | AT News
Dibrugarh returning officer has rejected the nomination papers of Aam Admi Party candidate during the scrutiny on Saturday.According to sources, Tapan Sudbanshi’s  nomination papers have been...