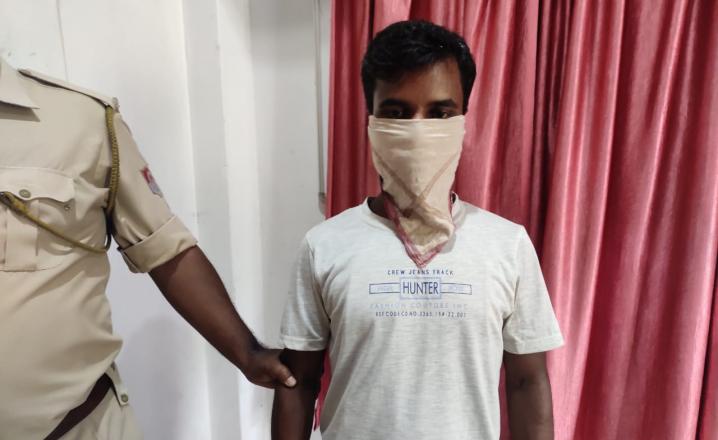 Nagaon: The Nagaon police today apprehended a snatcher from Bhakatgaon bazar.
Identified as Bilal Uddin of Silongoni village , the apprehended person was involved in a snatching case under Sadar P S.
One hand made pistol was also recovered from the possession of the accused. Meanwhile , police have registered a case in this regard at Nagaon Sadar P S.
The police operation team consisted of Dy SP Manas Saikia , Dy SP ( DSB ) John Das and TSI Gaurab J Mahanta.

23 Mar 2017 - 12:34am | AT News
Sarma, the former health minister of state in the PK Mahanta council of ministers in 1985 breathed his last at 9 in the morning at the Gangaram Hospital in the capital where he was undergoing...

14 Jun 2017 - 8:38pm | Robertson Tanti
A woman was attacked by sharp blade by a group of unidentified miscreants at midnight of 13 June, the woman has been identified as Rashmita Tanti (50) wife of Kandhara Tanti an inhabitant of...