An awareness meeting among students, teachers was held at Abhayapuri College on April 4 as a part of a project “Sensitization Programme on Climate Change & Bidiversity”. The meeting was presided over by the principal Dr. Sadananda Nath and was inaugurated by the college governing body president Dr. Siva Kumar Tiwari. Dr. Ananta Bora of Birjhora Mahabidyalaya and Dr. Sheikh Shahjamal of Nabajyoti College Kolgachia take part as resource persons. On his lecture Dr. Bora elaborated the total biodiversity of Assam giving special reference to plant diversity with photographs of some endangered plant and animal species. He also mentioned about his recent UGC sponsored research on how to identify various plant in Assamese name with the help of digitally make compact disc. Dr. Sheikh has delivered lecture on climate change and its impact on food security in our country as well as in global situation. Najibuddin Ahmed, ranger of Abhayapuri forest office, another guest request students to conserve the forest and forest resources of their locality to control climate change and to conserve the biodiversity of Assam. In the meeting prizes and certificates were distributed among the student who has participated in various competitions held under the project. Dr. Ashoke Kumar Das, the coordinator of the project has informed that locally rare and endangered tree species will be planted in Abhayapuri college boundary in the last week of April in collaboration with Abhayapuri College alumni association as another part of the project. 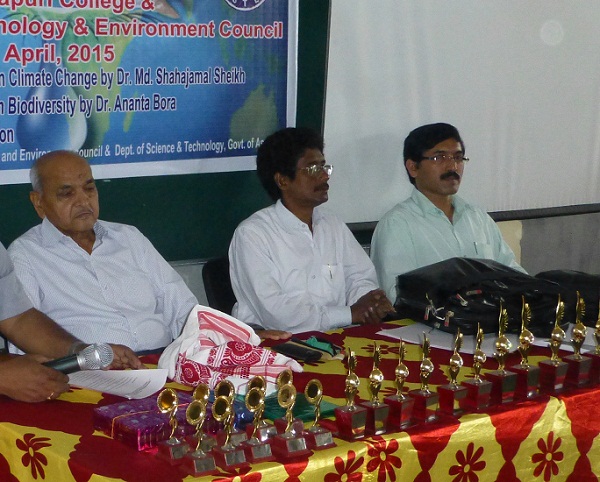 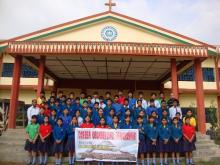 23 Mar 2011 - 12:28am | editor
In a bid to sensitise students on various career opportunities .North East Youth Foundation (NEYF) had organised a Career Counselling Programme at St Xavier’s School in Diyungbra in the Dima...

22 Nov 2014 - 8:08pm | AT News
The Assam Assembly will hold its winter session from December 15. Governor JB Patnaik has convened the session for only 12 working days. Several crucial bills are scheduled to be moved in the short...