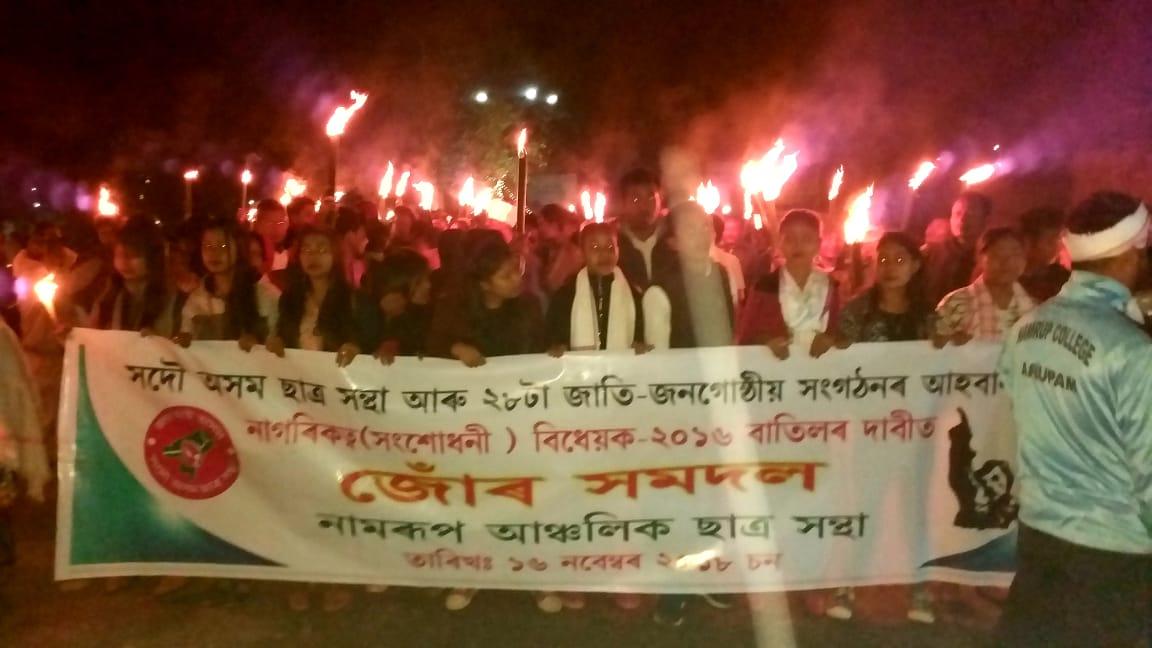 Namrup: Thousands of people thronged Namrup against the Citizenship Amendment Bill 2016 in a protest rally organised by the All Assam Student Unionalong with with 28 other organisations which started from Namrup-Sonari  tiniali.

"We totally regret that our Chief Minister and the Prime Minister are playing games with our motherland. It pains to see how the Chief minister keeping  himself mum who once pledge to detect and deport the outsiders" thus reacts All Dibrugarh District Student Union Assistant General Secretary Abani Kumar Gogoi.

28 Jul 2009 - 2:59pm | editor
ULFA military chief Paresh Baruah is said to be critically ill. The reported appointment of Raju Baruah, his second in command, as the new head of the organisation’s military wing definitively...

14 Apr 2018 - 7:22am | AT News
Kokrajhar: Amid much fanfare and extravaganza the Sikh people in BTAD areas joined the Baisakhi festival at Patharghat Amala Bhawan with  on Saturday with day long programme marking the advent...

31 Dec 2013 - 5:33pm | Saidul Khan
Rakme Sangma (named changed), aged about 40 years from a village near Phulbari in West Garo Hills, a mother of two daughter feels cheated. She alleges that the block office has given them substandard...