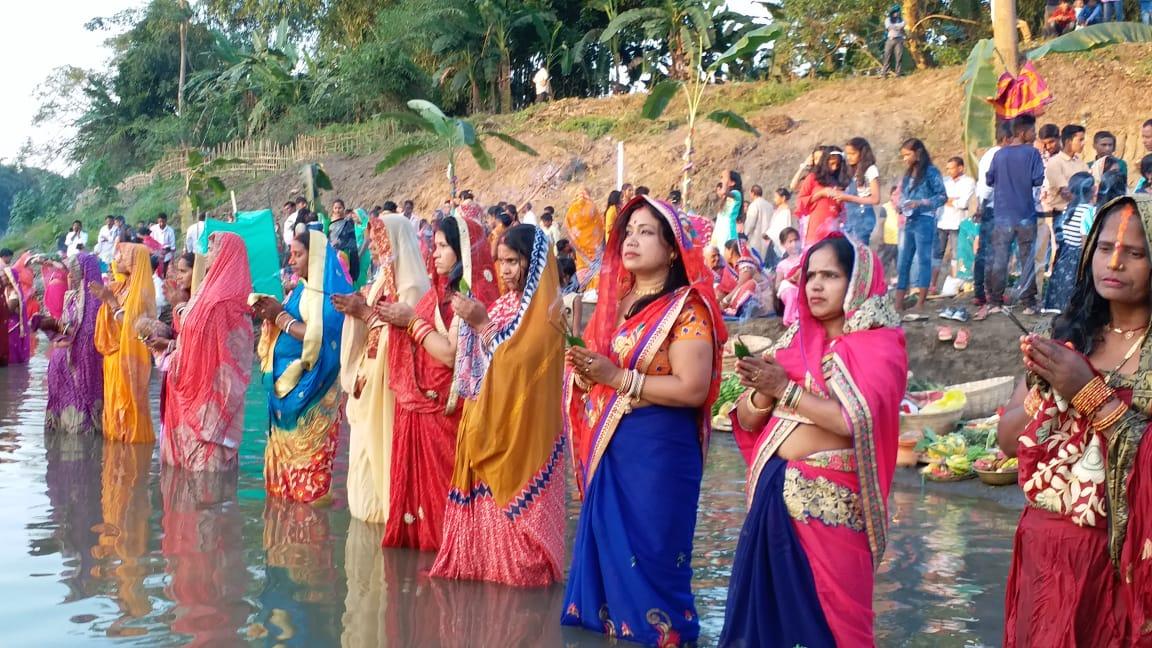 The largest ancient Hindu festival, dedicated to Lord Surya and Chhathi Maiya (known to be the wife of Surya), Chhath Puja is unique to the states of Bihar, Jharkhand, Eastern Uttar Pradesh and the country of Nepal. It is the only Vedic festival that is dedicated to the Sun God. The festival was celebrated in Namrup and it's neighbouring area with flavours on Tuesday.

28 Oct 2014 - 7:16am | AT News
Kaushk Bora has been rescued 24 hours after he went missing. The Digboi Refinery executive director was safe when police rescued him on Monday evening inside the Pengeri Reserved Forest. He was lying...

15 Mar 2008 - 7:16am | editor
Two ULFA militants were left killed at a joint encounter of police and army in Silikhapukhuri area of North Lakhimpur district early in the morning today. Acting on a tip off, police and Army's Bihar...