Namrup: More than 1000 people took to the streets in Namrup on Saturday as the  All Assam Tai  Ahom Student Union organized a torch rally opposing the Citizenship(Amendment) Bill, 2016.

Shouting slogans the protestors warned the government not to proceed with the deal. They further slammed chief minister Sarbananda Sonowal and Prime Minister Narendra Modi for trying to destroy Assam, its people and their culture.

AATASU’s Duliajan general secretary Rupom Gogoi said,”two years back we elected Sarbananda Sonowal as our Chief Minister and we had reasons to safe and secured.  Our identity we thought would be protected. But only to be disappointed now since his government is in a process to import Hindu immigrants.” 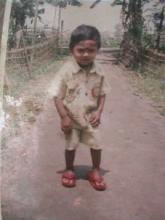 14 Aug 2009 - 5:09am | editor
Police claimed to have averted a major string of strikes by ULFA on the eve of the Independence Day after recovering around seven bombs from Guwahati on Friday. According to information, six...