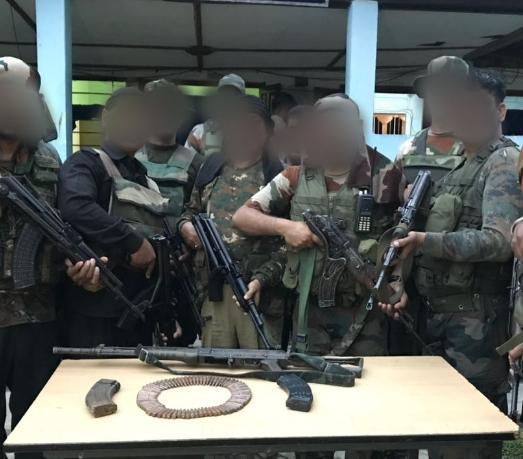 NAMRUP: ULFA(I) rebels are now well equipped to monger trouble. They are believed to have procured sophisticated arms and ammunition to strike at regular intervals.

Security forces in Charaideo district claimed to have seized MQ Assault rifle along with two magazines and 78 rounds of live bullets from the possession of Nirmal Asom whom they arrested during a combing operation on Saturday.

These weapons were seized hours after the rebels lobbed powerful grenade the security forces at Kujupothar in Tinsukia where Bordumsa OC died.

Acting on a tip off, Dao division army jawans based in Sapekhati and police launched an operation on Friday night in Boragaon where he was held.

He was said to have played a huge role in the April 23 Kanu Tea Estate firing incident.
Police heavyweights have been interrogating him to extract more information on the rebel outfit who have started striking again after a brief halt.

21 Nov 2014 - 4:19pm | AT News
Dispur on Friday came all out against New Delhi alleging lack of interest to give the road sector a fresh lease of life. Addressing a press conference in Dispur, PWD minister Ajanta Neog alleged that...

17 Dec 2019 - 8:35pm | AT Kokrajhar Bureau
KOKRAJHAR: Along with rest of the state,the Pradhan Mantri Matru Vandana Saptah was celebrated in Kokrajhar,heart of BTAD administration to mark the activities carried out amongst the society by...

29 Apr 2013 - 7:46pm | AT News
Assam Police have published a list of 11 similar companies that have been collecting money by illegal means and warned people against investing money with them. The list however did not name Saradha...