Eviction Drive By NFR in Hojai 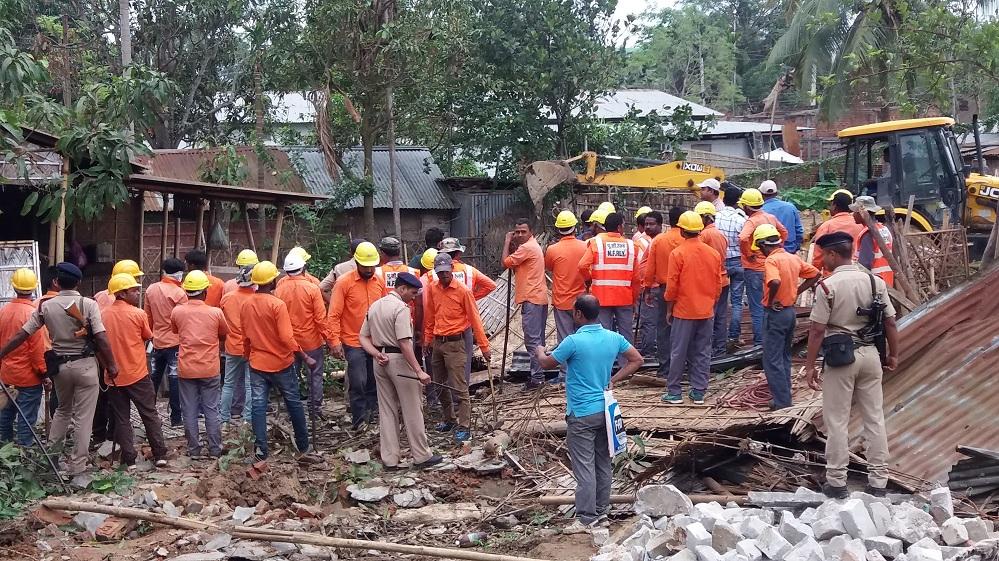 HOJAI: The Hojai town authorities have demolished as many as 10 unauthorised  shops  and 12 houses  at New Market near Hojai Railway Station on Thursday  in an eviction drive carried out peacefully from morning 10 AMonwards by the Northern Eastern Railways with the help of local administration.

The eviction was carried out with full security arrangements in the presence of Railway Officers, Circle officer, Police, Fire Brigade and CRPF authorities.

It is to be mentioned here that for the construction of long pending project of fly over bridge and for the completion of New Station building this eviction drive  was carried out with prior notice to the encroachers.

25 May 2008 - 3:35pm | editor
A 12 hour statewide Assam bandh is disrupting normal life from early this morning which is marked by some sporadic incidence of violence. Sponsored by a teachers' body in protest against the...