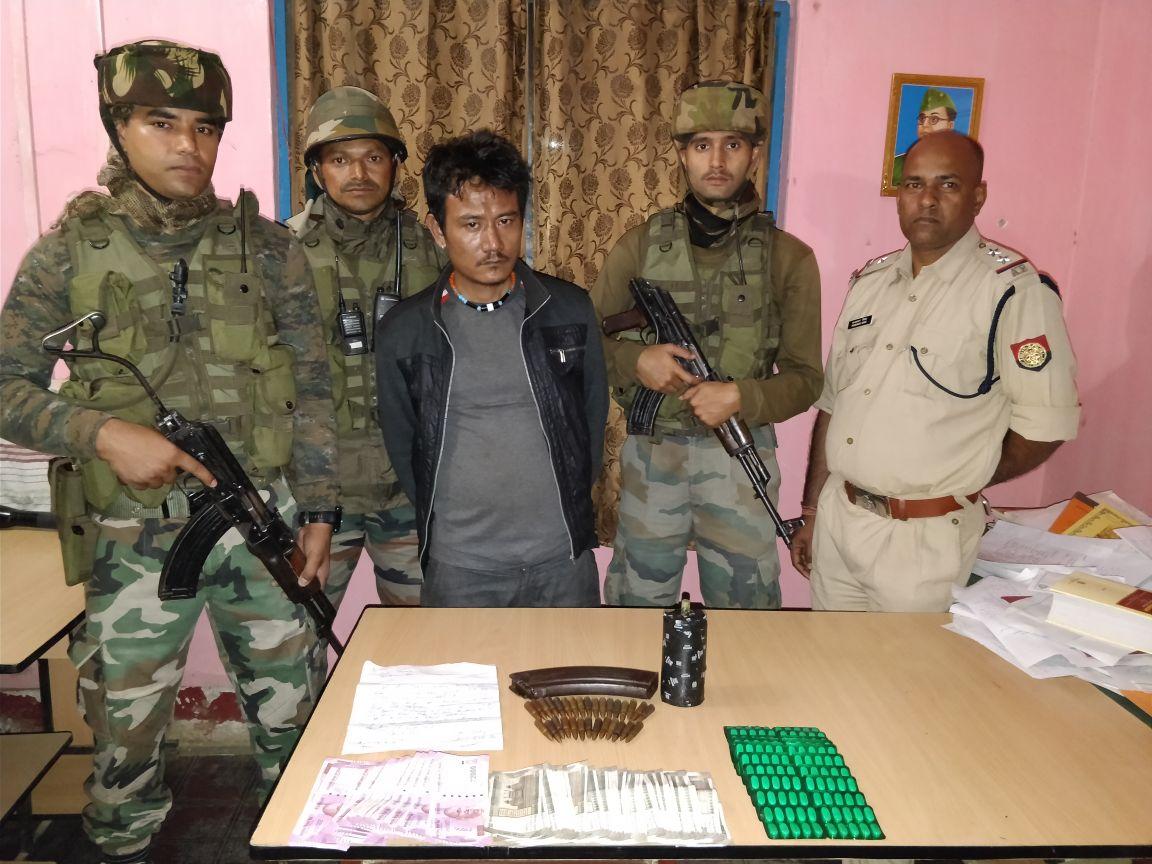 Namrup: Army’sDAO Division based in Sonari claimed to have held an ULFA(I) linkman on Saturday.
Identified as  Bijoy Lama, a local resident of Namtola, he was held during an operation who has been working like a messanger between NSCN-K and ULFA(I) operating along the Assam-Nagaland border.
Police further claimed to have seized a Magzine of AK -47 rifle along with 30 rounds bullets ,  crude bomb , one letter , 200 tablets of SPASMOPROXY  used as drugs and  ₹ 63000 /- cash. Later he was handed over to linkman is Namtola  police station .

16 Sep 2014 - 9:04am | AT News
AIUF candidate Abdur Rahim Ajmal is taking an early lead in Jamunamukh by polls where the election took place on Saturday.Ajmal, the son of party chief Badaruddin Ajmal is taking a huge lead over his...

A concept for permanent flood solution

6 Oct 2012 - 12:07am | Navin Chandra
The basic approach is to convert Bhramaputra itself into a series of reservoirs. In General the width of Bhramaputra varies between 12 Km to 20 Kms and bed slope is very less, therefore it is...