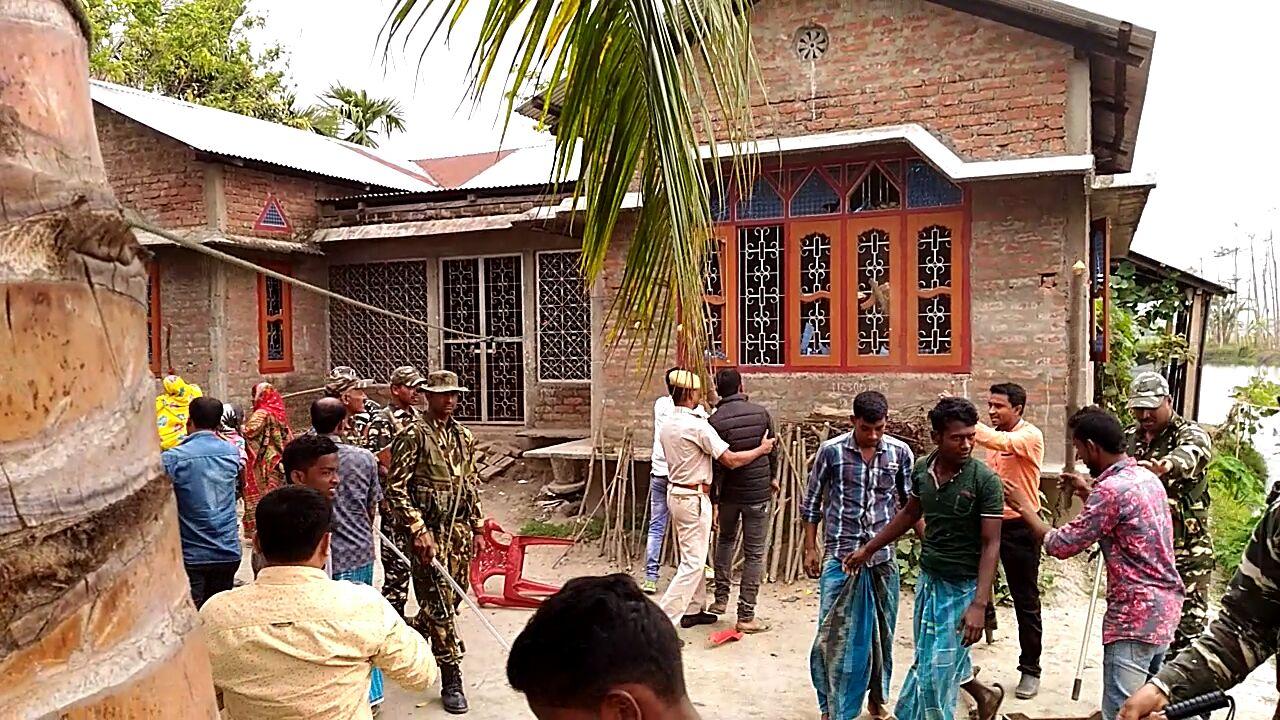 NAGAON: Amid an escalating shock and anger an irate mob vandalized the residence of Zakir Hussain a day after he led the gang who raped and burnt alive a minor girl at Lalung gaon in Batadrawa on Friday.

Local residents in large number thronged the house of Zakir in search of him and vandalised the house where his family lives in forcing the security men to step in.

A section of the local residents shouted slogans demanding capital punishment for Zakir who is on the run. Two miscreants namely Imdadul and Rahul are being interrogated by the police who are handling the case.

Imdadul is said to be a minor boy who was one of the perpetrators on Friday where the Class V student was raped in the absence of her parents and burnt her alive before vanishing from the spot.

Local residents and police rescued her and rushed to the Civil Hospital. She died on the way to Guwahati for better treatment.

Police and para military forces are being deployed in the tribal village to bring the situation under control. “We will not rest until and unless Zakir along with the two others are sent to the gallows,” said a local resident.

Cancer is curable with Dhaniram Baruah

19 Dec 2007 - 2:12pm | AT News
Its genetic engineering that can cure cancer without any recurrence possibility. It was claimed by renowned heart specialist Dr Dhaniram Baruah whose yearlong research on cancer treatment has been...