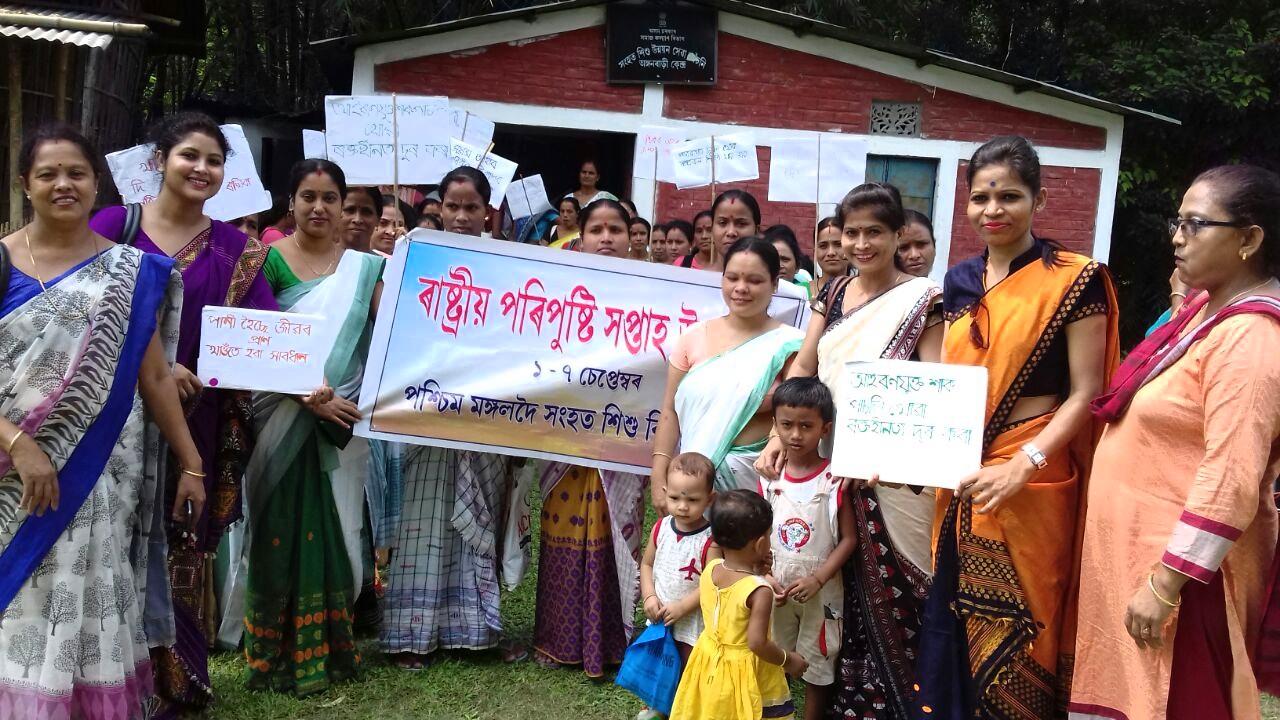 Along with the other parts of India, Pachim Mangaldai ICDS Project, Darrang also celebrated National Nutrition Week 2017 from 1st September to 7th September in different Anganwadi centres under it with focal theme-"Optimal Infant and Young Child Feeding Practices: Better Child Health".The week long programme ended with a rally,a street play and a public meeting.The objective of the programme was to intensify awareness generation on the importance of Nutrition for health which has an impact on development,productivity economic growth and ultimately national development.On the concluding day on September 7,the day was started with a rally from Piparadokan to Aulachowka where the Anganwadi workers and supervisors of the project took part.At Aulachowka chowk the AWWs performed a street play to create awareness among people on the need of double ration for pregnant and lactating women. At the end of the program a public meeting was arranged in Ramhari where AWWs,many pregnant and lactating women and mothers of up to six years old children took part.According to Binita Saikia of the social welfare department,the response of the mothers had been very encouraging.

6 Jul 2016 - 10:25pm | AT Kokrajhar Bureau
A 24 member team along with three officials’ squad have been named from Bodoland Tong-IL Moo-Do Association to participate in the 2nd Tong-IL-Moo-Do Federation Cup 2016 to be held from July 30 next...

4 Jun 2008 - 9:31pm | editor
More than 100 people have fallen ill after they consumed botched gram at a function at Aarikuchi on Tuesday in Nalbari district. Thirteen seriously ailing people have been admitted to the Nalbari...