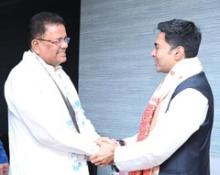 10 Dec 2020 - 12:19pm | AT News
Guwahati: Violation is human rights has become the order of the day in Assam if the statistics available with the state human rights commission is any indication. During the last one year alone, the...